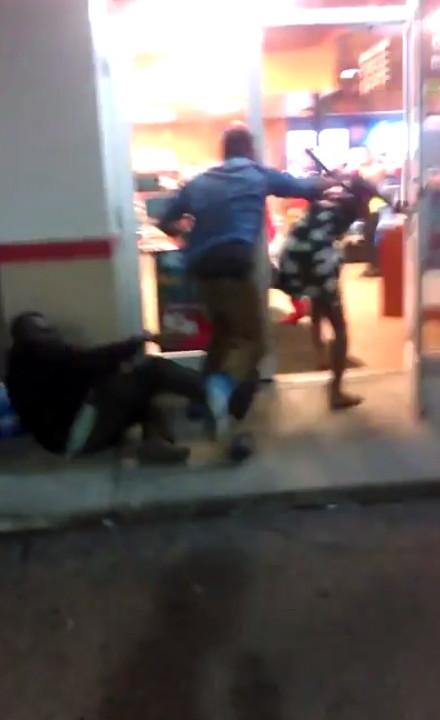 Video has begun to emerge of Saturday morning’s looting of the Boystown Circle K convenience store at Halsted and Addison.

As CWB reported exclusively here yesterday, a Chicago police officer who happened upon the scene shortly after 4a.m. reported “100 people looting” the store.

This video, which was first posted on Facebook by Christopher Courtez, shows the initial moments of the incident before police arrived.

In it, a woman is seen being struck and chased by a man. She runs into the store, apparently in an effort to get help. Inside, the man who is chasing the woman can be seen kicking and flailing at someone or something that is obstructed from view.

Then, he can be seen apparently chasing the woman again inside the store.

Meanwhile, others begin helping themselves to the merchandise and the person filming the event wisely chooses to depart.

UPDATE JUNE 1: According to a source, a woman at Circle K called 911 after the crowd dispersed to report being attacked by a cab driver. It is not know if this video captured that alleged attack or what preceded the events seen on video.

A second person also walked into the nearby 19th district police station after the crowd dispersed to request an ambulance for treatment of a head wound.

As we reported in our original story a cabbie was inside the Circle K attempting to get copies of surveillance video when we visited the scene Saturday morning.