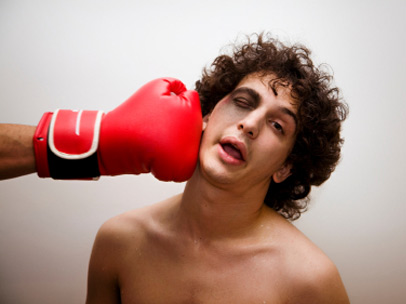 Three people were robbed in Wrigleyville and Boystown between midnight and 6AM on Saturday. July has already become the worst month for robberies this year and the increase in mugging activity may indicate that hard-won gains against street violence that were won under a recently-transferred police commander are slipping away.

Here are the details on this morning’s three confirmed muggings:

• A man in his 50’s was beaten up and robbed by two men who proceeded to take his phone and wallet near Grace and Sheffield around 12:15AM. The victim was attacked from behind, but witnesses reported that the offenders were two white or Hispanic men, 20- to 30-years-old, 5’10” tall, and 150 pounds. They were last seen running westbound on Grace.

• At 3AM, police responded to an Uptown high-rise where a man reported that he and his friend had just been beaten up and robbed near the Addison Red Line station. A cell phone was taken in the mugging. These offenders are described as two six-foot-tall black men. One wore a black shirt and the other wore a white shirt. (Case #HY354691)

• At 6:27AM, a robbery victim used a local business’ phone to call police after he was jumped and robbed by three men near Halsted and Aldine about 30 minutes earlier. A description of one offender was offered: a 5’6″ black man wearing a red long sleeve t-shirt and a hoodie. (Case #HY354764)

Image: Spark Notes
———-
Email us. Facebook us. Twitter us.
About CWBChicago 4360 Articles
CWBChicago was created in 2013 by five residents of Wrigleyville and Boystown who had grown disheartened with inaccurate information that was being provided at local Community Policing (CAPS) meetings. Our coverage area has expanded since then to cover Lincoln Park, River North, The Loop, Uptown, and other North Side Areas. But our mission remains unchanged: To provide original public safety reporting with better context and greater detail than mainstream media outlets.
Website Facebook Twitter YouTube