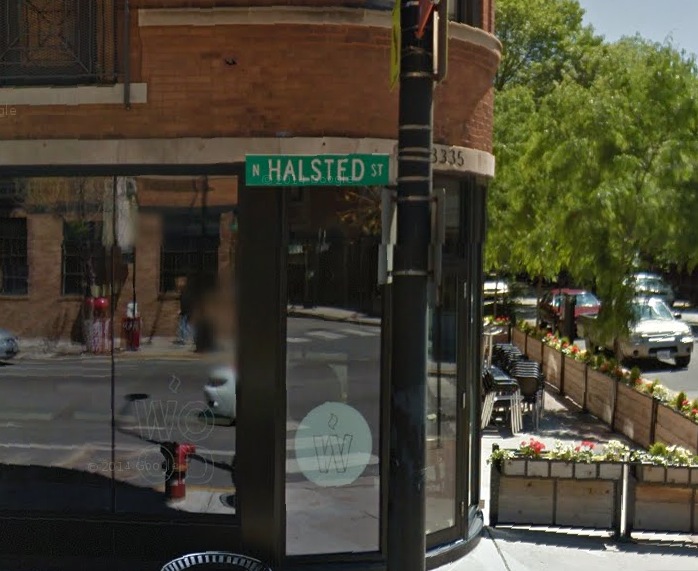 A Boystown restaurant worker called police Tuesday morning after discovering an unknown man had made his way inside the supposedly-closed restaurant.

The incident at Wood Restaurant, 3335 N. Halsted, is remarkably similar to another incident that unfolded nearby during a rash of restaurant burglaries this spring.

In Tuesday’s incident, the worker confronted the stranger in the back of the business around 10AM. The intruder claimed to be a delivery man before he bolted out the front door.

It was not immediately know if anything had been taken.

The, ahem, “delivery man” is described as a black man with glasses, about 5’2″ tall, wearing a dark shirt and wearing orange protective earwear. He was last seen carrying a duffel bag as he headed westbound on Roscoe from Halsted.

That description is very similar to one given by an employee at New Tokyo restaurant, 3139 N. Broadway, when he stumbled across a man drilling through the restaurant’s front door at 9:45AM on May 16.

Police issued a warning to businesses about the break-ins last May, but no arrests were ever announced and thefts from businesses have continued to be strong ever since.