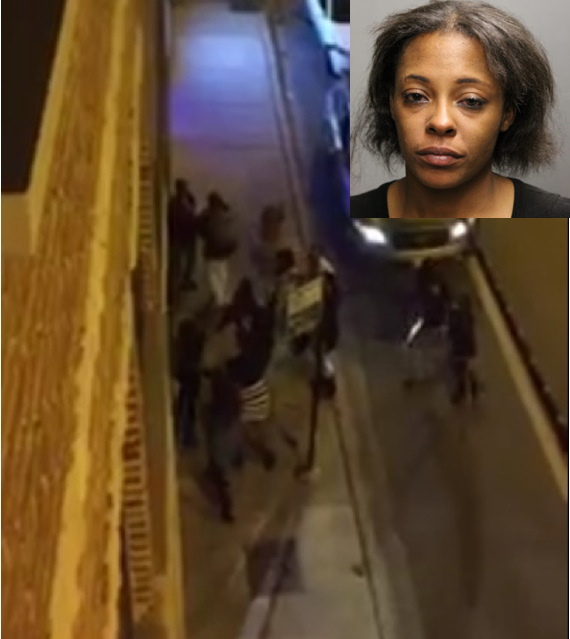 Jennifer Stegall, 32, is now charged with aggravated discharge of a firearm in the case, which was captured on cell phone video that later went viral.

Court records indicated that Stegall had not been taken into custody as of 11 o’clock this morning. A judge had already ordered that a $50,000 deposit bond would be required for bail.

Previously, Stegall had been charged with misdemeanor reckless conduct and was free on her own recognizance. That charge has now been dropped.

Meanwhile, 19th District Commander Robert Cesario told a local CAPS meeting on October 15 that the police response to the shooting incident was made in record time, according to a fresh story in today’s Inside-Booster ($10 annual subscription required).

Cesario said the “record response” was made possible by the fact that all available 19th district officers were lined up for a public relations-driven “outdoor roll call” when the shots rang out three blocks away.

Considering that the video posted online shows a series of shots being fired over the course of  two minutes with no officers in sight, one would be forgiven if they wondered what a non-record response looks like.