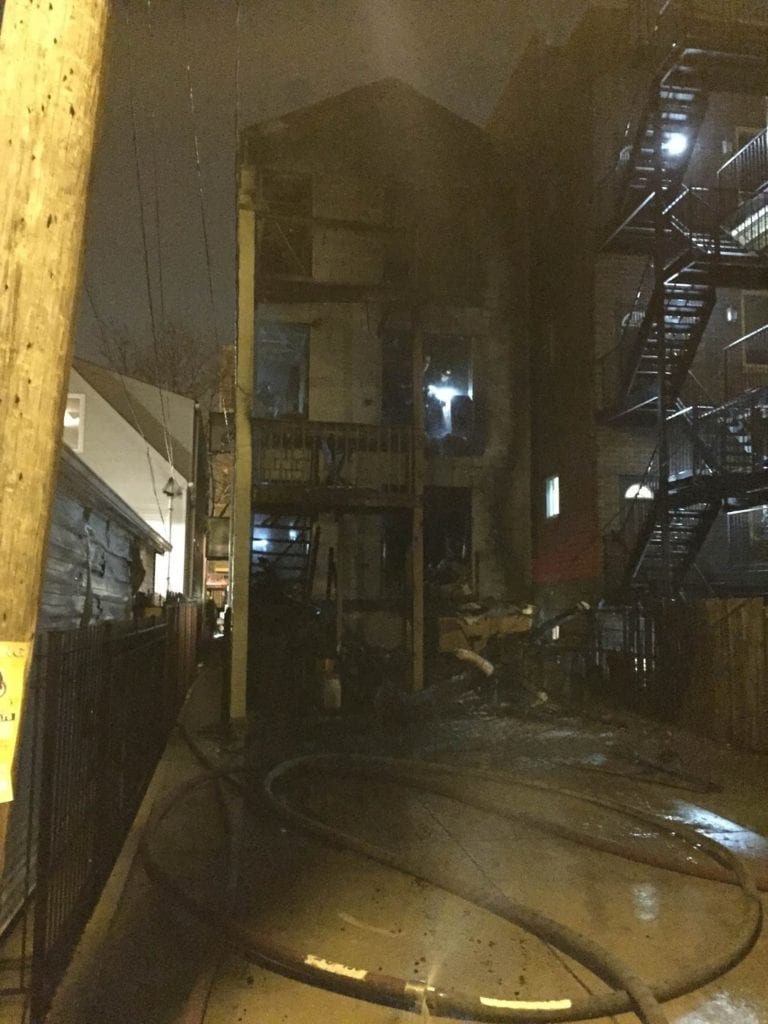 Several people lost their homes last night after a fire, one of the most serious in a month-long string of arsons, ripped through a 3-flat in the 1900 block of W. Diversey.

No injuries were reported in the blaze, which broke out at 6:40PM.

“Dogs inside could be heard…I doubt anything in any of the units is salvageable,” a witness said.

The fire began in trash bins under the wooden rear porch of the structure, according to a source who spoke under the condition of anonymity because they are not authorized to discuss the incident.

At least 12 suspicious fires were reported in the immediate area of last night’s blaze over the weekend.

Police Tuesday night focused their attention on suspects residing in the nearby Lathrop Homes. Up to four pre-teen boys were being immediately sought, according to officers on the scene.

But, a long-time investigator warned this morning, the boys are not the only problem.

A middle-aged white man with shoulder-length hair, described as “homeless looking,” is still believed to be responsible for other intentionally-set fires, most to the east of last night’s fire.

“I can say the police presence in the alleys tonight has been noticeable,” said a man who lives near last night’s fire. “Unfortunately for the folks that lived on Diversey, it’s too late.”