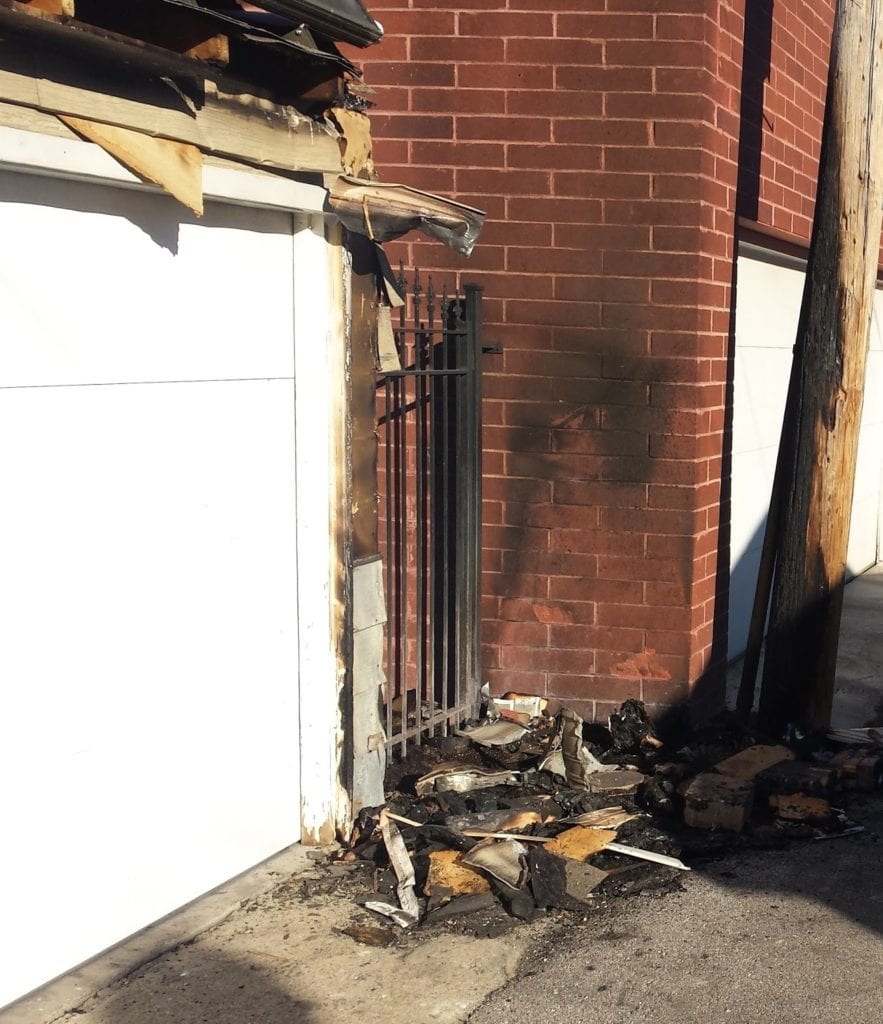 UPDATED 10:30AM NOV 10:
• Color-coded incident map.
• Updated total fire count to 20, based on new information.
—————–
A series of at least 12 suspicious fires this weekend has residents in west Lakeview and North Center on high alert and has arson investigators wondering if they’re dealing with a long-sought arsonist and, now, copycats.
CWB Chicago first reported on the arson investigation on October 28. At least 20 separate suspicious fires have been reported in the west Lakeview and North Center areas since October 12.
Working from video of at least one fire being set, investigators have been looking for a possibly homeless white man in his late-40’s to mid-50’s who stands about 5’10” tall and has dark hair that appears to be thinning on top.
But new images secured during a fire spree Sunday night show children starting fires in the area.
“I’m talking between 7- and 10-years-old,” a cop said. “It’s a real good video. You can see faces.”
The concern now is that kids, having seen the work of the first suspect, have taken to starting fires of their own.
Seven intentionally-set blazes were reported in the troubled area over the course of eight hours Saturday night into Sunday morning.  And five more were reported in less than 15 minutes on Sunday night. No one has been injured.
Most of this weekend’s fires started in garbage cans or dumpsters and three spread to nearby structures, according to sources who requested anonymity because they are not authorized to speak about the investigation.
“This was the scene I came home to at 3 o’clock this morning,” North Center resident Matt Whitaker said as he shared photos of a burned-out garage and melted trash bins in the 2800 block of N. Damen.
“This is the third fire in this block in two weeks,” Whitaker said, “a row of garbage cans were set on fire, burning the garage behind them to its core.” That fire then spread to Whitaker’s own garage.
About the same time as Whitaker’s fire, another blaze was set behind a paint store in the 2800 block of N. Ashland. Flames shot up the adjacent building, but no structural damage was apparent.
A few blocks east of the hot zone, a resident of the 1200 block of W. Diversey woke up Sunday morning to discover that a fire had been set in their garage.
Officers reported the strong smell of gas, such as from a BBQ grill, was evident inside the structure.
A source said that investigators are not sure if the incident is related to other fires. 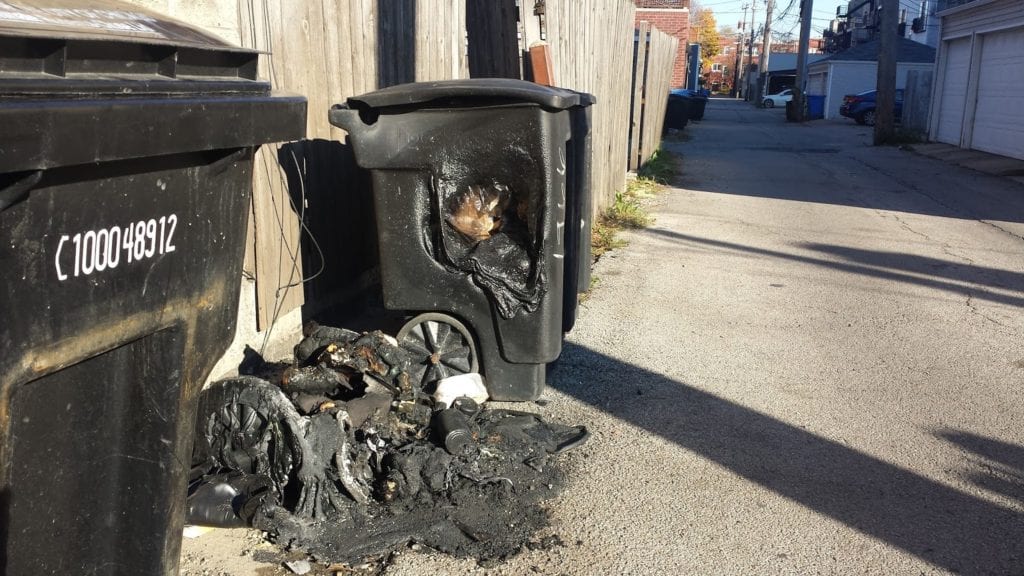 A resident reported an alley fire near Damen and George at 9:45PM Sunday and four more fires were discovered by cops as they hunted for a suspect over the next 15 minutes.
Some officers bravely pulled burning trash cans and debris away from nearby structures with their bare hands.
As Sunday’s investigation continued, two witnesses in separate locations reported that the fires were set not by a homeless man, but by a group of very young boys.
Those reports were supported by home surveillance footage, police said.
Here is a map of suspicious fires reported in the west Lakeview and North Center areas since October 12:
Images: Photos of fire damage from this weekend’s incidents from Matt Whitaker and CWB Chicago readers.
About CWBChicago 4360 Articles
CWBChicago was created in 2013 by five residents of Wrigleyville and Boystown who had grown disheartened with inaccurate information that was being provided at local Community Policing (CAPS) meetings. Our coverage area has expanded since then to cover Lincoln Park, River North, The Loop, Uptown, and other North Side Areas. But our mission remains unchanged: To provide original public safety reporting with better context and greater detail than mainstream media outlets.
Website Facebook Twitter YouTube