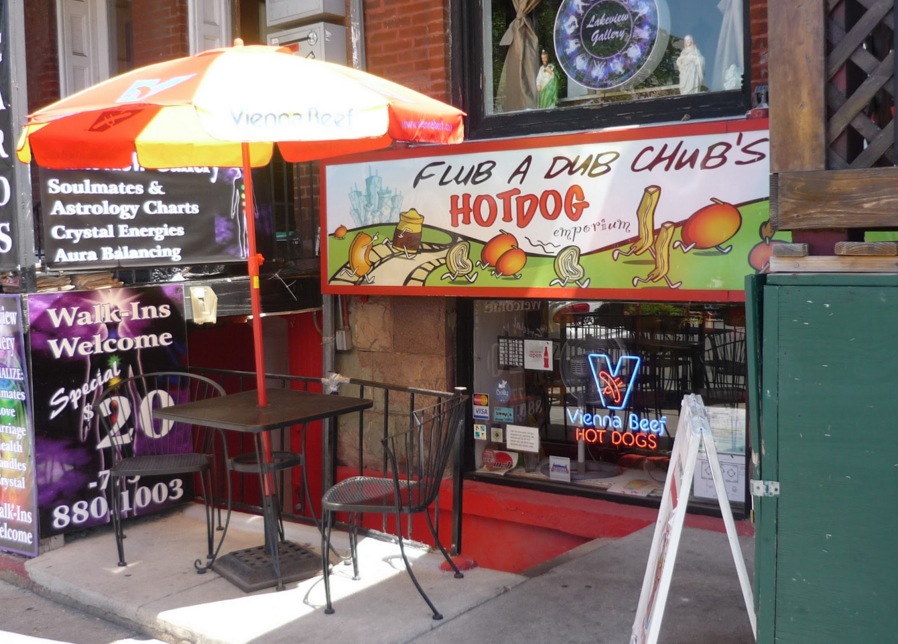 Last night, one of the many burglary operations that is thriving in our neighborhood broke into Flub A Dub Chub’s Hot Dog Emporium, 3021 N. Broadway.

This, now, is personal.

Oh, if you’ve never ventured down the steps to enter Chub’s intimate and spotless basement location, you can’t relate to our passion.

But Sam and his family serve up the best beef outside of Portillo’s. He even makes his own giardiniera.

Any way, some jackass broke in through Sam’s front window overnight and headed for the cash register and beyond. An officer was already on-scene when Sam discovered the break-in upon arriving for work this morning. An evidence technician is on the way to see if they can gather any prints.

Get back in there, Sam.  And if that SOB broke your Vienna Beef sign, just say the word. The replacement’s on us.

Sam’s not the only businessman in the 19th district whose holidays are a little less festive, thanks to thieves.

On Christmas Day, a passer-by found the shuttered and short-lived Chop Chop Chinaman, 3343 N. Halsted had been broken into.

And on Christmas Eve, someone broke into the safe at Stanley Brown Jewelist, 4751 N. Lincoln. That burglar felt so comfortable, he even took the time to bust a hole in the drywall so he could crawl into the Timeless Toys shop next door.

The safe was also busted open at The Professionals Moving Specialists, 3918 N. Western, on Christmas Eve. $1,000 was lost.

In a piece of good news, officers managed to arrest a man who broke into Dog Days Inn, a doggie day care center, 1719 W. Wrightwood that night. Charges are pending.

And burglaries of local homes continue to be recorded at break neck speed.

While detectives issued a Christmas Eve alert that lists four recent burglaries in the 800- and 900 blocks of Roscoe and Newport, many other neighbors have been victimized since our last update. (In fact, there was a fifth burglary in the 800 block of Newport that did not warrant a mention in the police alert.) 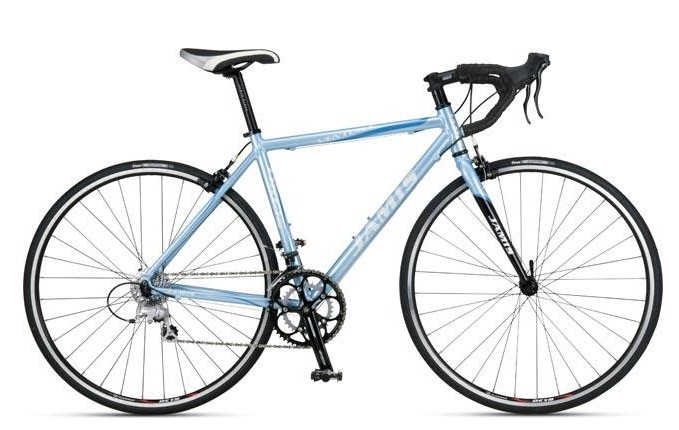 And just last night, a CWB Chicago reader’s Blue Jamis Ventura sport road bike was stolen from inside a locked condo building in the 1100 block of W. Roscoe.  In a sad twist, a woman who lives near Southport and Wrightwood reported overnight that a man tried to break into her home, but he fled when he was spotted. He fled….on a powder blue bike. (If you happen to see it for sale somewhere, let us know. We’ll get in touch with the owner.)

Here’s a run-down of confirmed burglaries reported since our December 15 report:


Image: Flub A Dub Chub’s via Chi BBQ King
———-
Email us. Facebook us. Twitter us.
About CWBChicago 4360 Articles
CWBChicago was created in 2013 by five residents of Wrigleyville and Boystown who had grown disheartened with inaccurate information that was being provided at local Community Policing (CAPS) meetings. Our coverage area has expanded since then to cover Lincoln Park, River North, The Loop, Uptown, and other North Side Areas. But our mission remains unchanged: To provide original public safety reporting with better context and greater detail than mainstream media outlets.
Website Facebook Twitter YouTube