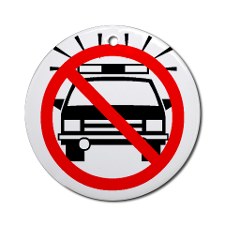 The timing could not have been more appropriate.

As the annual TBOX bar crawl sapped our district’s police resources Saturday evening, the Chicago Sun-Times published a lengthy story about the problem of “radio assignments pending” (RAP) status within the police department.

RAPs are declared when a police district has no officers available to handle 911 calls in a timely manner.

Toward the end of the Sun-Times‘ story, local alderman Tom Tunney took a rare, laudable, and appreciated public stand on behalf of his constituents:

“Wrigley Field and Boystown have some of the highest robbery and burglary numbers in the city. Those are violent crimes, too. We’re seeing guns involved. It hasn’t been shootings and homicides, thank God. But there is certainly concern about safety in our district.”

Hours after the story posted, there was a gun battle on the streets of Wrigleyville on a weekend that saw our district endure a combined 21 hours of RAP status.

A Rape, A Protest And No Cops

Around 4:45 on Sunday morning, several Uptown residents reported hearing a woman screaming for help in the 4200 block of N. Marine Drive. One caller said a female victim had run into his house seeking help. Sixteen minutes later, an officer became available to take the call.

The woman had reportedly been raped. Her panties were found hanging from a fire hydrant. Her sweater was across the street, flung on the grass.

At 1:50PM on Saturday, a sketchy scene involving 150 protesters and the Ethiopian ambassador broke out in a parking garage at Truman College after the diplomat had delivered a speech. A police emergency was declared as Truman security saw the incident spiraling.

Unfortunately for those security officers (and the Ethiopian ambassador), the 19th district was very busy monitoring 20,000 drunks at a Wrigleyville bar crawl and the last available officer quickly found himself in the thick of trouble.

Tactical units from other districts had to be called in to help handle the mess.

Four years ago, the area covered by today’s 19th district was actually two separate districts. But, when the districts merged in 2012, the number of police tactical teams was slashed. The number of supervisors was halved. And the district’s headcount is now down nearly 30%.

There is no excuse for citizens from Fullerton to Lawrence and the river to the lake to have police service hampered for 12 hours for any reason—least of all because a private entity is having an event.

To be sure, TBOX is not alone in sucking up resources.

Our district has one of the lowest RAP rates in the city, with 234 declared between January 2011 and August 2015, according to records reviewed by the Sun-Times.

The city refused to release RAP information for years, citing “public safety concerns.” They were recently compelled to release the information to the Sun-Times after a ruling by the Illinois Attorney General’s office.

But, CWB Chicago has been publishing real-time 19th district RAP data since June 2013.

We recorded 31 known RAPS between late June and the end of 2013.

There were 50 last year and we’ve counted 40 so far this year.

The quick response of critics may be, “well, you guys have it pretty good.” Our response is a little more thought-out: All residents of Chicago deserve adequate police staffing. All.

And, alderman, thank you for speaking up publicly and on the record. More of that, please.