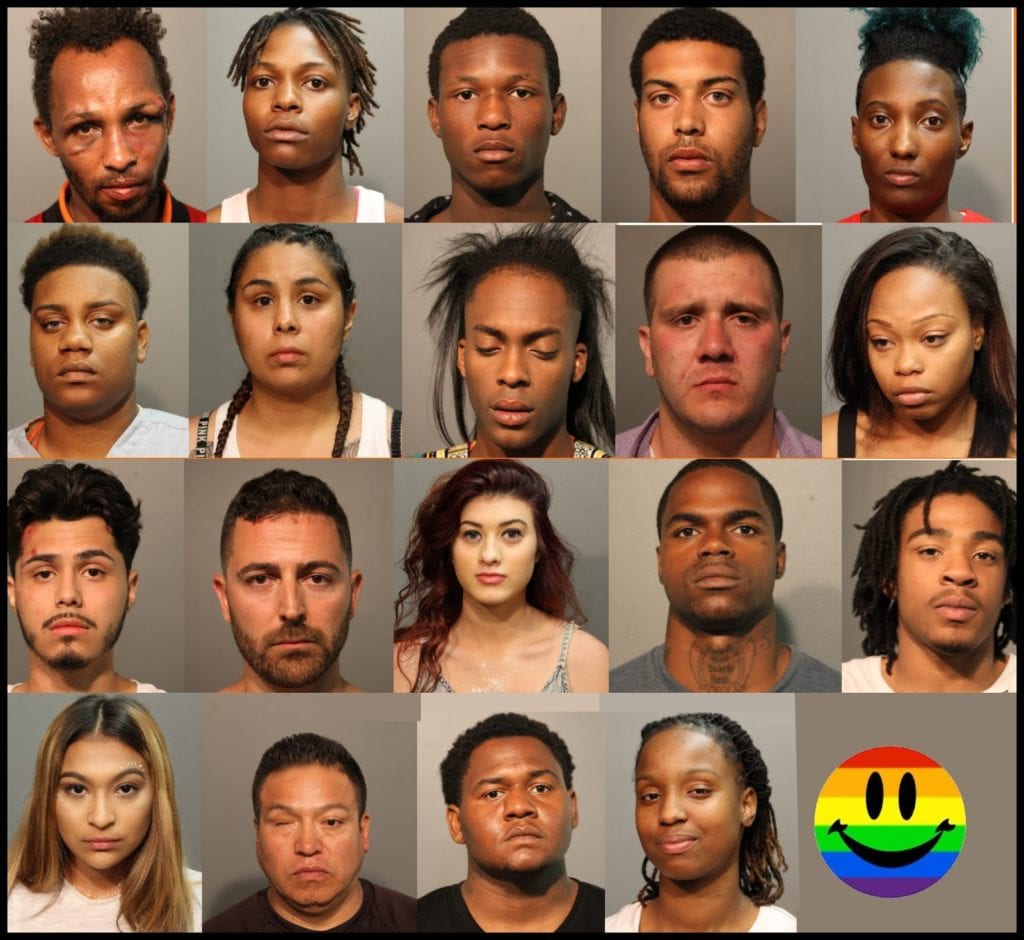 Our original report from this morning follows…
—————————
Chicago’s 47th annual Pride Parade drew a sizable crowd to the North Side Sunday, but officials say attendance was down sharply from recent years while city, county, state, and federal resources were substantially increased.

No major problems were reported during the event, but CWB Chicago editors estimate that 19 arrests were made during the parade and its aftermath. That’s down significantly from 52 arrests last year and 46 arrests in both 2014 and 2013.

The parade kicked off at noon and was led by marchers carrying photos of 49 men and women killed in a mass shooting at Pulse Nightclub, a gay-focused nightclub in Orlando, FL, earlier this month.

The FBI, Illinois State Police, Cook County Sheriff’s Office, and several hundred Chicago police officers were on duty. The Chicago Police Department even deployed both of its helicopter units for the first time in the parade’s history. One copter has been used in the past.

Police reported three arrests during the parade and sixteen more in the following hours. There were no reports of serious injuries, a welcome change in the wake of three stabbings last year and a gunshot victim in 2014.

Four people were arrested after a large fight broke out at the Belmont Red Line station, 945 W. Belmont, at 6:55 p.m. Sunday. Two offenders were tazed by a police officer in the melee.

Another group fight broke out at the Belmont station around 11:30 p.m. In that case, officers arrested a man who they saw drop a handgun on the street. The suspect was taken into custody in an alley alongside the elevated tracks, police said.

8:59AM — Caller reports three white men in camouflage clothing holding guns in a Ford Expedition at Broadway and Buckingham. (If you haven’t already guessed, they are police officers.)

10:41AM — Incident commander: “All officers need to be going up and down…doing random checks. All coolers opened up all ice cream vendors off the route and random checks to these coolers.”

11:02AM — Caller reports 2 men in green uniforms that say “sheriff” are heavily armed and look suspicious at Wilson and Sheridan. Guess what? THEY ARE SHERIFFS!

11:14AM — Illegal sale of beer from a cooler. Buckingham and Halsted.

11:15AM — “Start checking these coolers! Insulated bags are coolers, too!”

11:33AM — FBI bomb technician reports that a suspicious package at Roscoe and Halsted is “narcotics related.”

1:01PM — Caller says the Robert Jeffrey salon is throwing things at people as they walk by. 3153 N. Broadway.

1:34PM — Building inspector and police helicopter report 20 people with a swimming pool on top of the Gerber Auto Body building, 3425 N. Halsted. The pool party is shut down.

1:36PM — Send an ambulance to Roscoe and Halsted for “a 24-year-old male who’s had way too much to drink. He’s puking all over himself.”

2:15PM — At Hawthorne and Broadway: “A male pleasuring himself in a silver Chrysler.”

3:12PM — A battery victim is calling from the 600 block of Barry. He says part of his skull is missing.

4:24PM — The caller at Addison and Clark says they paid the trolley driver good money, but he refuses to drive them on the sidewalk at Wrigley Field.

4:24PM — Somebody found a weapon in the bathroom at Cubby Bear. They’d like to turn it in to police.

4:24PM — The caller’s vehicle fell into a sink hole by the trapeze school at Belmont Harbor.

4:49PM — Cop at Wilson Red Line station says there are “gang bangers hanging out here, going back and forth intimidating people. They’re up to no good. We’re trying to shag them off, but they are out here in force.”

5:54PM — The anonymous resident has called 911 to report that he “wants the after effects of the parade removed. They’re disturbing him” at Roscoe and Halsted. 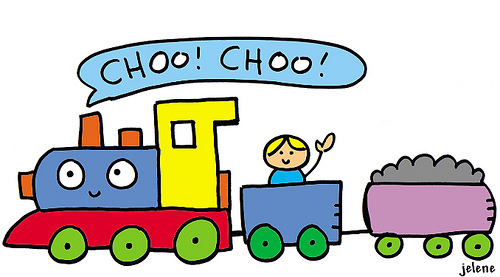 6:33PM — Dispatcher: “At the Montrose Brown Line. Ya got three people having a train bang under the L tracks. Heavyset female white; male white in a white shirt; and a male white in a black cartoon shirt are having sexual relations.”

9:02PM — In Uptown, Rashon has called 911 to report that a man just shot at him near Wilson and Sheridan. He describes the offender as having “a long face and buck teeth.” (Hey, Rashon! You’re probably gonna get shot at again if you keep talking about people like that.)

9:46PM — Oakdale and Racine for two men having a fight. One has a golf club and no shirt.

10:16PM — Back at the trapeze school, we learn that (1) the car has been removed from the sinkhole and (2) the tow truck took away the wrong car.

11:20PM — “Get me some units to the Belmont Red Line!” an officer yells. Then, “He dropped a gun! Silver handgun with a black handle!” The offender is arrested in the alley behind 3211 N. Sheffield. “The crowd is moving in on us!”

12:23AM — At Smart Bar, the caller says the staff took his credit card and he’s being discriminated against.

12:35AM — Officer: “Be aware, they’re throwing bottles at Halsted and Belmont.”

12:40AM — Police find spent 9-millimeter shell casings on the street at Halsted and Belmont.

12:54AM — At Gold Crown Liquors: “An intoxicated male fell down and hit his head on a pole. Fire’s rolling.”

1:00AM — Security reports a fight at Taco Bell, 1111 W. Addison. One participant is down with a broken ankle. Offender is gone. (VIDEO NOW POSTED)

1:17AM — Police find an “extremely delusional woman” inside of a running car in the 3800 block of N. Fremont. Officer says they’re “trying to determine if this is an abandoned car or a crime scene.”

2:34AM — All Pride Parade units are released.

You can support CWB’s newsgathering efforts with a donation to our Tip Jar.
———-
Email us. Facebook us. Twitter us./
About CWBChicago 4360 Articles
CWBChicago was created in 2013 by five residents of Wrigleyville and Boystown who had grown disheartened with inaccurate information that was being provided at local Community Policing (CAPS) meetings. Our coverage area has expanded since then to cover Lincoln Park, River North, The Loop, Uptown, and other North Side Areas. But our mission remains unchanged: To provide original public safety reporting with better context and greater detail than mainstream media outlets.
Website Facebook Twitter YouTube