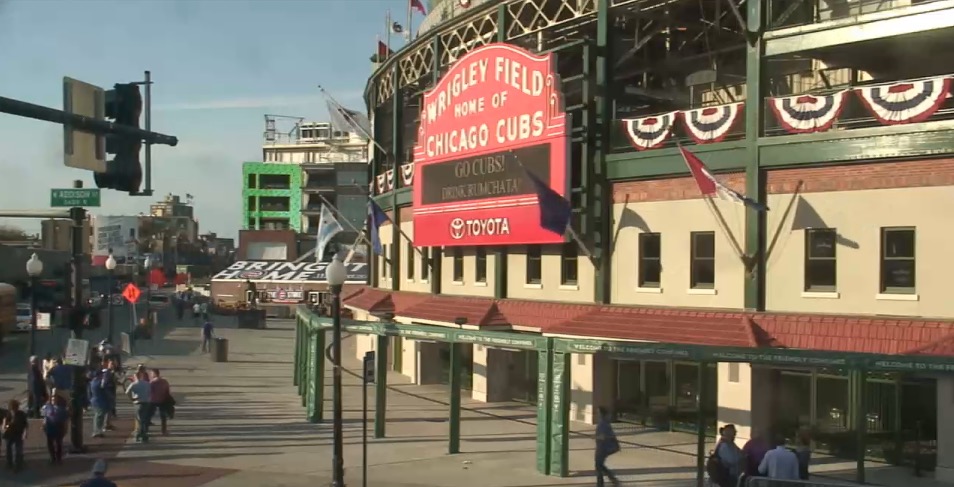 A 53-year-old Lincoln Square man is charged with trying to steal a World Series banner from the side of Wrigley Field in broad daylight, prosecutors say.

Robert J. Kinsloe climbed a ladder on the Clark Street side of the stadium around 11 a.m. Thursday and began using a pair of wire cutters to remove the once-in-71-years souvenir, according to court filings.

As you may have guessed, Cubs security intervened before Kinsloe could complete the removal process.

Kinsole, a self-employed construction worker, is charged with attempted theft.