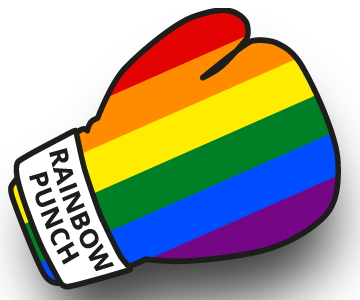 It’s so gay in Boystown this weekend, even the robbery offenders are wearing rainbows. Literally.

Police say a man was punched in the face, beaten, and robbed at Roscoe and Clark this morning by two offenders—including one who was wearing a rainbow glow stick.

The man was found “all bloodied up” at 3335 North Clark after losing $10 to the glittery gangsters just before 3 a.m. An ambulance crew treated him for his injuries.

Both offenders were described as black men in dark clothing. One is in his late teens, heavy-set, and about 5’6” tall. He was carrying a rainbow glow stick. The other man is thinner.

There’s another bump ’n’ run car theft to tell you about. This one played out at Clark and LaSalle late Thursday.

A woman was rear-ended as she neared the intersection around 10 p.m., police said.  When she got out of her 2015 Infinity to check the damage, a man jumped from the other car, got into hers, and drove away.

The man who took her car is described as a short black man who was wearing a red hoodie.

He emerged from a silver Chrysler 300 that was driven by a heavy-set black man with dreadlocks.

Both cars were last seen heading toward Lake Shore Drive on LaSalle.