Perhaps Pride Fest organizers should consider installing more restroom facilities? Two men have been charged with relieving themselves in some strange places last weekend around Boystown:

22-year-old Lezzerick Webster walked into the Boystown 7-Eleven store at 3407 North Halsted around 1:30 last Saturday morning and “began urinating near and on the nacho station…food stand and food without permission of the owner,” according to prosecutors.

Webster then ran from the store and pushed two Northalsted security guards who tried to approach him, police said.

He’s charged with two counts of battery and criminal damage to property.

In similar fashion, 47-year-old Timothy DelValle of Uptown is accused of “urinating on the wall and floor” of the Subway restaurant at 3952 North Sheridan around 5 p.m. last Saturday.

His actions “caused residue to splash onto chip bags, rendering them unsellable,” according to the owner’s complaint.

DelValle is charged with criminal damage to property. 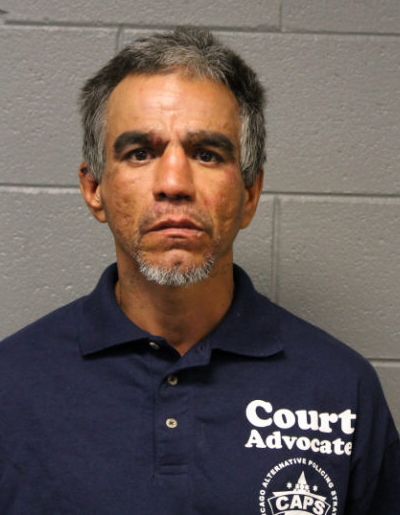 Elsewhere, 45-year-old Alberto Alvarez is charged with trying to steal a reel of copper wire from a warehouse near the United Center last week.

The story itself isn’t that unusual, but Alvarez’s choice of wardrobe that day is: He wore a Chicago Police CAPS “Court Advocate” polo shirt for the job.

What is it about CAPS these days?