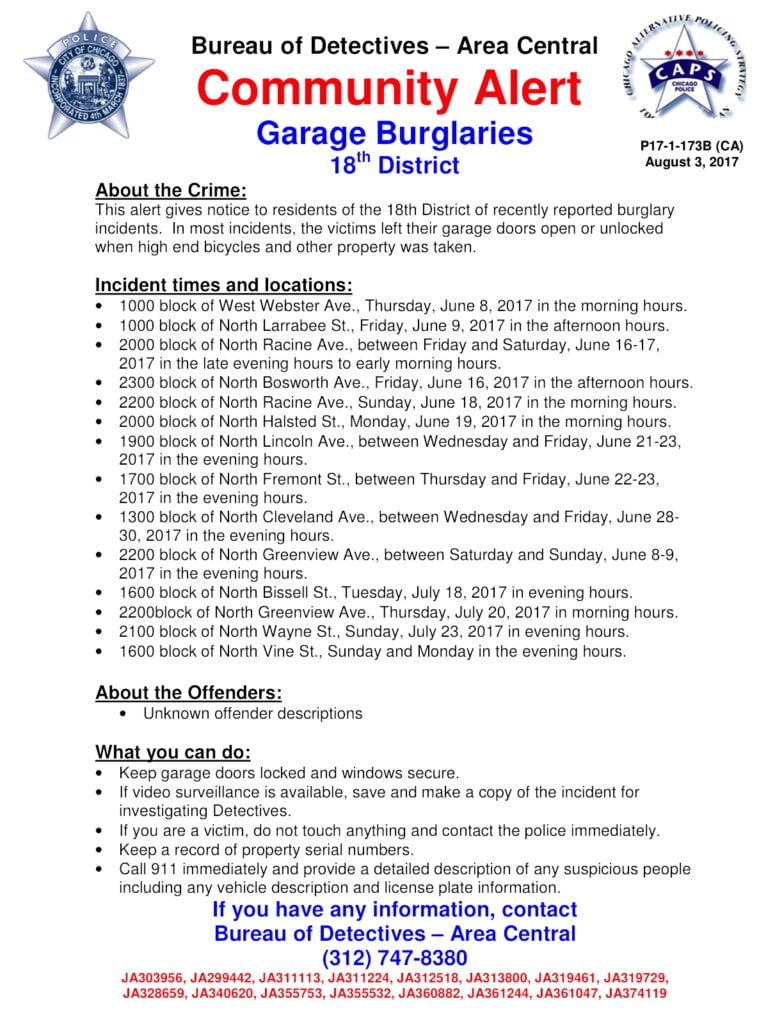 Chicago police are warning Lincoln Park residents about a string of garage burglaries.

Cops say over 20 garages have been hit—mostly after doors were left open or unlocked. High-end bikes and other property have been taken, they said.

Residents should ensure that they keep garage doors locked and windows secure, police said, while asking people to preserve video of any incidents that may be captured on camera.

Keep a record of property serial numbers is also recommended, they said.

The locations, dates, and approximate times of the incidents mentioned in the police alert follow. No offender description has been offered.