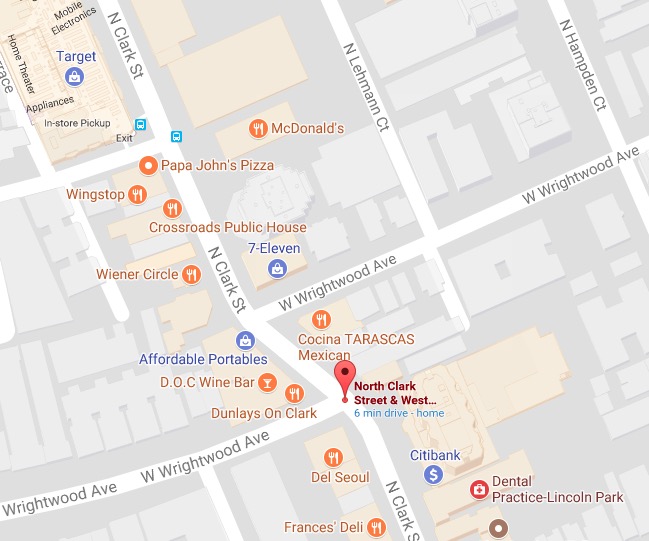 The bad news is that a man was robbed at gunpoint in Lincoln Park tonight. The good news is that the robbers got his keys, but didn’t take his Lexus.

Police said the victim was in an alley near Clark and Wrightwood when the gunman demanded valuables around 6:30 p.m.

After getting the victim’s wallet, phone, and keys, the suspect fled northbound in the alley from the 500 block of Wrightwood toward Lehman Court.

While the Cubs were clinching their division last night in St. Louis, a Wrigleyville resident was busy getting robbed near Wrigley Field.

The victim was approached near Clark and Racine by a gunman who demanded his property around 8:45 p.m. Police said the robber is a black man in his late 40’s or early 50’s with untrimmed facial hair. He stood about 5’9” tall and was wearing dark pants with (of course) a light blue Cubs hoodie.