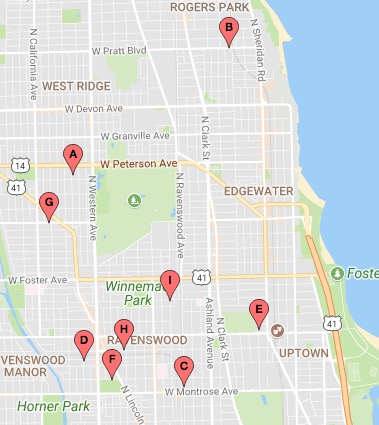 A bike riding pervert continues to assault women across the North Side, pedaling up from behind and inappropriately touching them as he rides by, police say. Even more disturbing is the fact that many of the victims are with children at the time of the crimes.

Detectives have updated their warning about the man, which was first released on September 15 and centered on the Ravenswood and Lincoln Square neighborhoods.

In the new alert, police say the man has struck in a wider area—as early as September 3 and as recently as Sunday.

The man is a 25-40-year-old white or Hispanic man who often wears a dark baseball cap. The first warning indicated that the man rode a silver BMX-style bike, but the updated notice says he may also use a mountain style bike.

Anyone with information about the suspect is asked to call Area North investigators at (312) 744-8200.