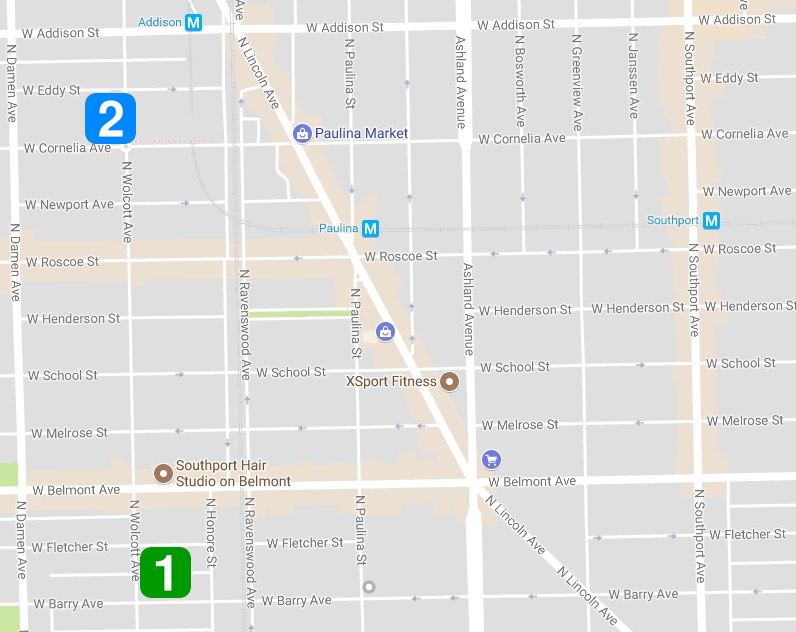 An Uber passenger was robbed as he stepped out of a ride share near Barry and Paulina around 10:40 p.m. Friday. Minutes later, a woman escaped an armed robbery attempt in nearby North Center.

Here are the details:

• Around 10:45 p.m., two men pulled out a handgun and approached the Lakeview man as he exited an Uber in the 1700 block of West Barry, police said. The offenders took the man’s phone and cash before fleeing westbound on Barry.

The robbers were two black men in their 20’s, the victim said. One of them was on a bike.

• At 10:47 p.m., a woman reported that two men in hoodies tried to rob her at gunpoint in the 1900 block of West Cornelia. She told police that she escaped after noticing that the gun had an orange safety tip, possibly indicating that it was not a real firearm.

She described the offenders as two white or Hispanic men in their late teens or early 20’s. Both wore dark jackets and had average builds. They were last seen running northbound on Wolcott.