At least two women reported being sexually abused by a man on a bicycle in Lincoln Square on Thursday morning. No one is in custody. 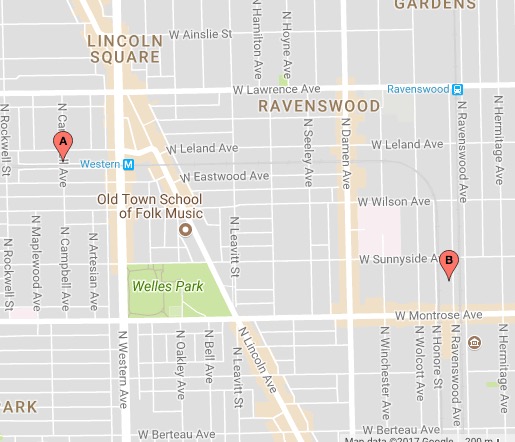 Around 10:45 a.m., a woman was walking with a child when the man rode behind them on the sidewalk and slapped or grabbed the woman’s buttocks in the 4600 block of North Campbell, according to reports. The man then pedaled away.

Minutes earlier, another woman with a child was similarly assaulted in the 4400 block of North Ravenswood. The suspect biked into a nearby alley and disappeared.

The first victim described the offender as a white man in his 20’s who was wearing a patterned hoodie with jeans and a hat.

In the second case, the offender was said to be a Hispanic man, 35-40 years old, dressed in a gray and black striped hoodie with a baseball cap.

Later in the day, Waters Elementary school issued an alert to its community that warned of “three reports of a man on a bicycle assaulting (grabbing) women at nearby Welles Park” on Thursday. The school said police had confirmed three incidents.

The school followed through on the news by issuing a safety alert to parents, the alert said.

CWBChicago was unable to confirm the third incident or determine its location.