A Mag Mile-area shoplifting suspect’s day turned decidedly down-market when he resorted to hiding in a garbage can with two Versace purses in an attempt to elude police, according to court records.

Chaquan Birdie, 19, walked into the Versace store at 933 North Rush around 10:15 a.m. on October 30, police say. An accomplice punched a Versace worker as Birdie grabbed two handbags, ran out the door. Birdie got into a stolen vehicle that was waiting out front, removed a purse from the car, and ran down Oak Street, according to court records.

Birdie then climbed into a dumpster behind a posh waxing studio at 34 East Oak, raising the interest of two nearby construction workers. The workmen found Birdie and detained him until cops arrived, police said. Two Versace purses—one priced at $3,650 and the other at $2,950—were recovered along with a handbag belonging to the vehicle’s owner. 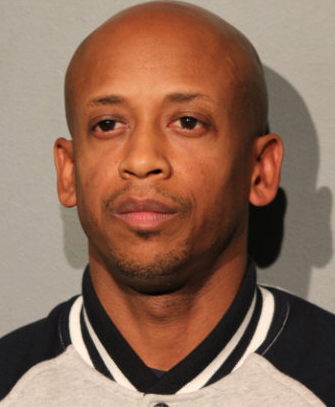 Around 3:15 last Sunday morning, Ulysses Scott “became enraged” with the valet attendant at Joe’s Seafood, Prime Steak & Stone Crab, 60 East Grand, prosecutors said. He’s accused of pulling a loaded, black semi-automatic handgun from the driver’s side door of his Jeep Grand Cherokee and telling the valet, “Hey bro! We’re going to have a f*cking problem up in this b*tch!”

Police caught up with him moments later.

He was charged with misdemeanor aggravated assault with a deadly weapon and released on a $1,500 recognizance bond.

Please support CWB’s newsgathering efforts with a donation to our Tip Jar.
———-
Email      Facebook       Twitter       YouTube
About CWBChicago 4363 Articles
CWBChicago was created in 2013 by five residents of Wrigleyville and Boystown who had grown disheartened with inaccurate information that was being provided at local Community Policing (CAPS) meetings. Our coverage area has expanded since then to cover Lincoln Park, River North, The Loop, Uptown, and other North Side Areas. But our mission remains unchanged: To provide original public safety reporting with better context and greater detail than mainstream media outlets.
Website Facebook Twitter YouTube