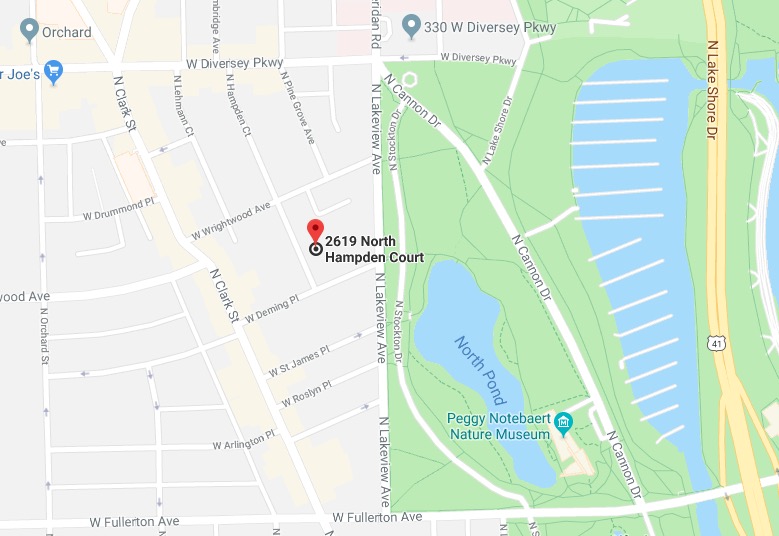 UPDATE 11:59 a.m. JANUARY 2: Authorities today identified the victim as Brenda Ramos. The investigation into her death continues.
——
A 29-year-old Lincoln Park woman was found dead this morning in her apartment near Clark and Diversey, the victim of an apparent beating.  Police were conducting a death investigation. CWBChicago has learned that investigators re-classified the case as a homicide within the past hour.

Around 11:15 a.m. on New Year’s Day, a relative of the victim’s husband found the woman with blunt trauma in the basement unit of a four-story red brick and stone home in the 2600 block of North Hampden Court, police said.

Investigators remained on-scene at the time of this report and no further information was immediately available.