Cops recovered at least thirteen suspected stolen bikes “and parts to many, many more” during the arrest of an Edgewater man, police said. 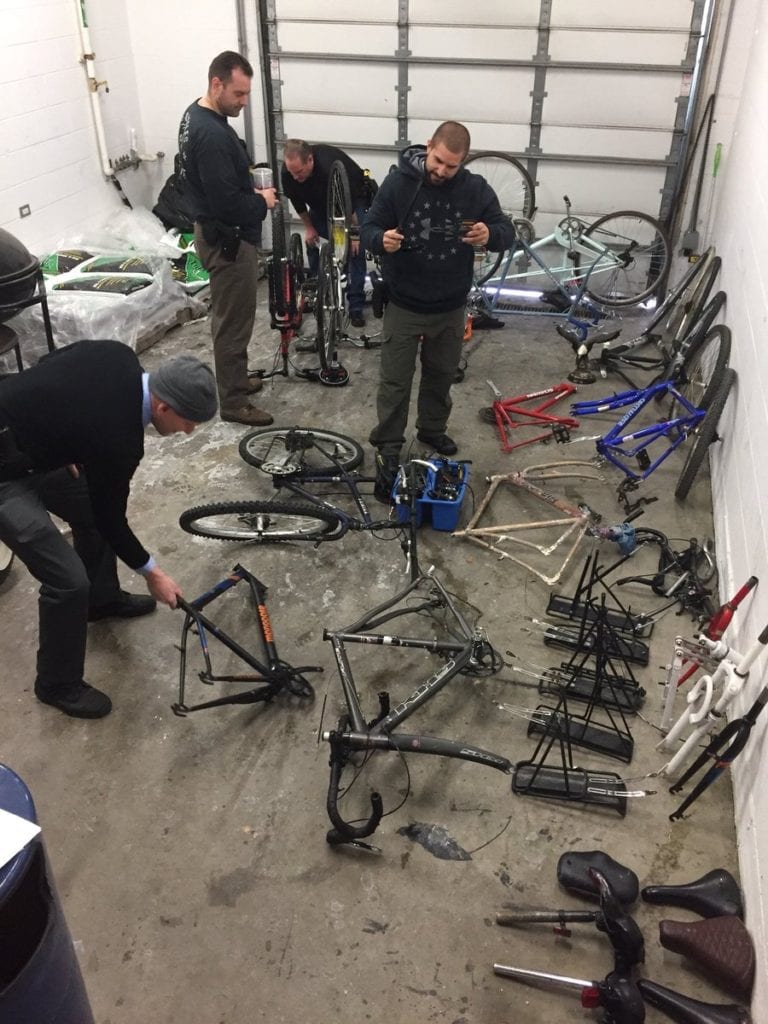 Sean Ahern, 25, was arrested at his home in the 6000 block of North Paulina after Area North detectives and 20th (Lincoln) District cops identified him as the man who twice broke into a high-rise apartment building’s bike room, according to court records and a statement from the police department.

On November 7 and again on December 14, Ahern pried his way into the 12th-floor bike room of an apartment complex in the 5800 block of North Sheridan road, prosecutors said. Detectives say they definitively link Ahern with the theft of two bikes from the building—one from each break-in.

Ahern is charged with two counts of burglary and two counts of criminal damage to property. Judge David Navarro ordered him held in lieu of $10,000 bail. Ahern will be released without electronic monitoring if he is able to post a $1,000 bond.

Original reporting seen nowhere else. Please support our work by contributing to the CWBChicago operating fund. Donate $49 a year or $5 a month to receive a year’s worth of exclusive reports and services.
———-
Email      Facebook       Twitter       YouTube
About CWBChicago 4363 Articles
CWBChicago was created in 2013 by five residents of Wrigleyville and Boystown who had grown disheartened with inaccurate information that was being provided at local Community Policing (CAPS) meetings. Our coverage area has expanded since then to cover Lincoln Park, River North, The Loop, Uptown, and other North Side Areas. But our mission remains unchanged: To provide original public safety reporting with better context and greater detail than mainstream media outlets.
Website Facebook Twitter YouTube