Chicago police late Monday released surveillance images of a man wanted for questioning in connection with a Lakeview home invasion on February 25. The photos show a man who used the victim’s Ventra card at the Wellington Brown Line station shortly after the woman was tied up and robbed in her home, authorities said. 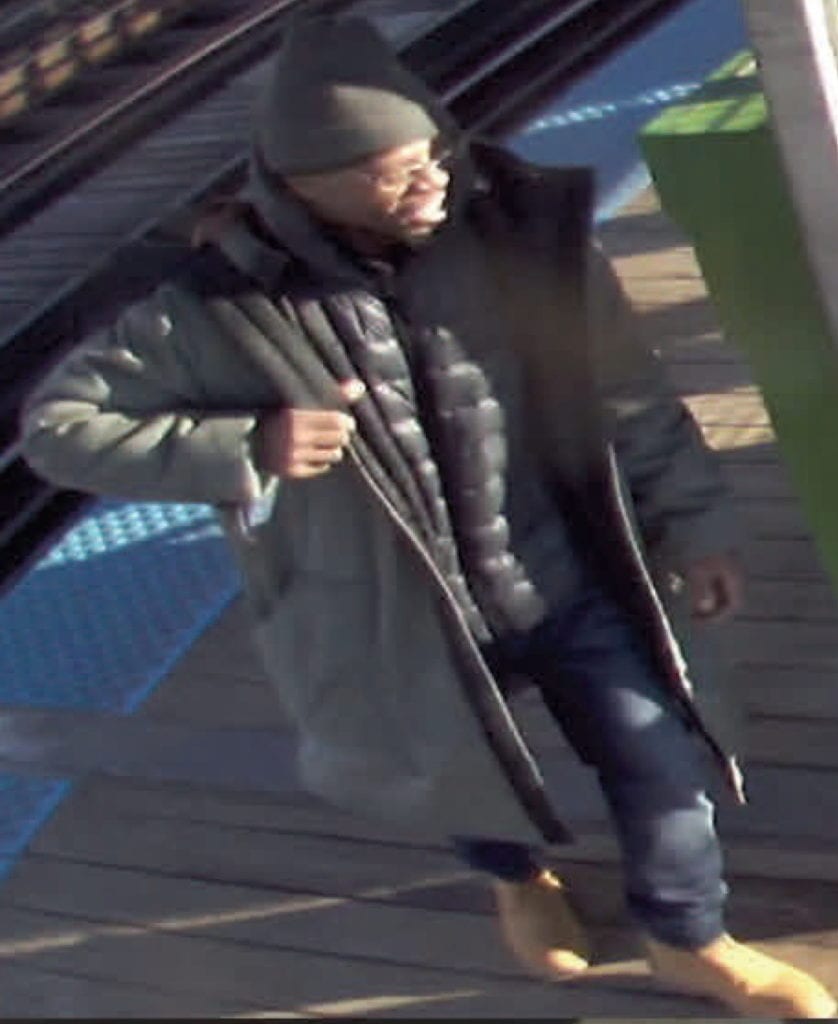 Around 4:30 p.m. on the 25th, a man kicked in the woman’s back door in the 900 block of West George and proceeded to tie her up with cord and tape. The man then burglarized and ransacked the woman’s home, police said.

The offender fled out the back door with the victim’s cell phone, car keys, and a laptop, police said. The woman, still bound but not seriously hurt, sought help from her neighbors after the man left.

Police Monday described him as a black man in his mid-40’s who stands about 6’3” tall and weighs 240 pounds. He was wearing a green wool cap, green parka, blue jeans, and tan work boots during the crime, according to the victim.

Anyone with information about the suspect is asked to call Area North detectives at (312) 744-8263.

CWB coverage of Lakeview is made possible by our subscribers. Join now for just $49 a year or $5 a month. Members receive a year’s worth of exclusive reports and services.