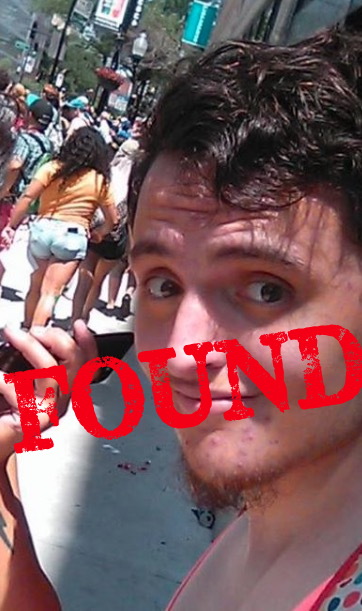 UPDATE JUNE 24 10:35PM —Cloutier has been located according to an update issued by Chicago police at 10:31PM.
————————-
A man has been reported missing from Lakeview after he attended the Chicago Pride Parade on Sunday, police said. Christian Cloutier, 24, was last seen by his family in the 3100 block of North Lake Shore Drive after viewing the parade, according to police.

Cloutier viewed the parade near Belmont and Broadway on Sunday afternoon, according to a Facebook post made by a family member.

In a missing person alert issued Sunday evening, police said Cloutier may be in need of medication.

He was last seen wearing a pink tank top and gray skinny jeans. He was carrying a red and yellow polka-dotted Dr. Seuss backpack, police said.

Anyone with information about Cloutier’s whereabouts is asked to call the Area North Special Victims Unit at 312-744-8266.