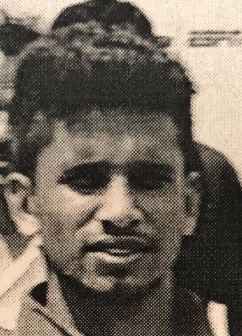 Update July 24, 9:14 p.m. — Mr. Rezwanul has been located safely, according to a just-released bulletin from the Chicago Police Department. The department’s chief spokesperson, Anthony Guglielmi, said that Rezwanul had been “located safe and unharmed by Chicago police detectives. He indicated he left [his] hotel on his own and he made the decision independently.”
———
A man who is in Chicago to participate in the Special Olympics has gone missing in Streeterville, police said. Haque Rezwanul, 22, who has autism and cannot speak English, was last seen in the 100 block of East Delaware around 5 p.m. on Thursday, according to a missing person bulletin.

Rezwanul was last seen wearing a blue hat with “USA” on the front, a blue polo shirt with “Bangladesh” written in red lettering on the back, black pants, and white gym shoes. He was also carrying a light grey and red backpack.

Anyone with information about Rezwanul’s whereabouts is asked to call Area Central Special Victim’s Unit (312) 747-8380.