Chicago police and the FBI are looking for an armed robbery offender who has held up one bank and two restaurants in the heart of the West Loop since Friday. 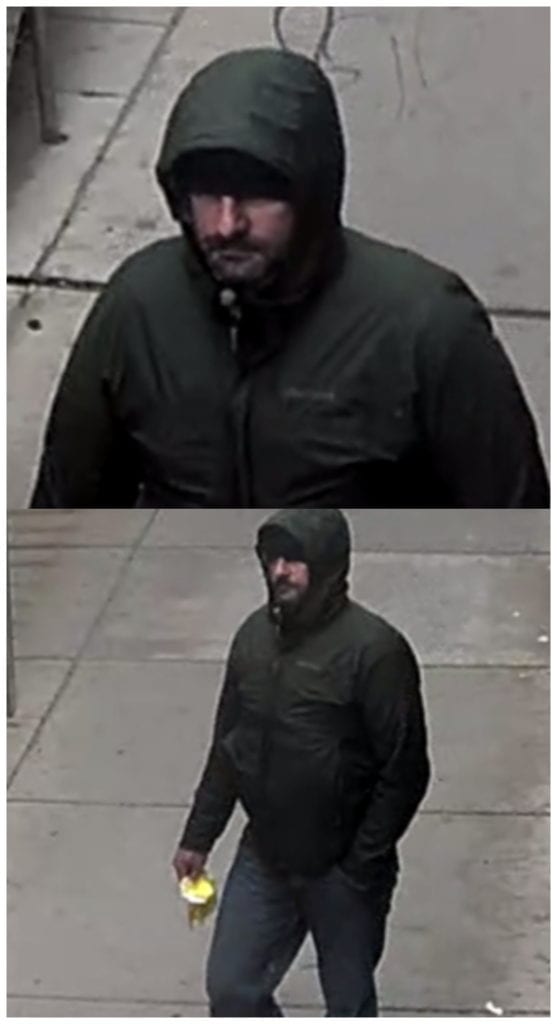 Friday, the man robbed MB Financial Bank at 932 West Randolph Street at 12:38 p.m., according to the FBI. A witness reported seeing the man walk into the bank with a gun in his hand. The bank teller gave the man cash and he was last seen heading northbound on Sangamon. He is white with brown hair, 30- to 35-years-old, 5’10” to 6-feet tall, about 190 pounds, and he was wearing a green coat, gray scarf, blue jeans, and yellow rubber gloves.

Next, the same man is believed to have robbed the Dunkin’ Donuts at 1015 West Lake Street at 7:37 p.m. on Sunday. A white male wearing a navy blue hoodie approached the restaurant’s cashier, displayed a handgun, and took cash from the register, according to a police report.

Police believe the man also tried to rob the Dunkin Donuts at 901 West Washington at 5:30 a.m. on Monday. A restaurant employee reported that a white man in a black hoodie pulled a gun on her in an attempted robbery, but she told him that she didn’t have a key to access the store’s cash. The man fled westbound on Washington.

Anyone with information about the robberies may contact Area Central detectives at 312-747-8380. The FBI is offering a reward of up to $1,000 for information that leads directly to the arrest of the bank robbery offender. The agency’s Chicago Field Office may be contacted at 312-421-6700.
—————–
Original reporting that you’ll see nowhere else. Donate $49 or more to our operating fund and you’ll receive a year’s worth of exclusive reports and services. Monthly plans from just $5 available.