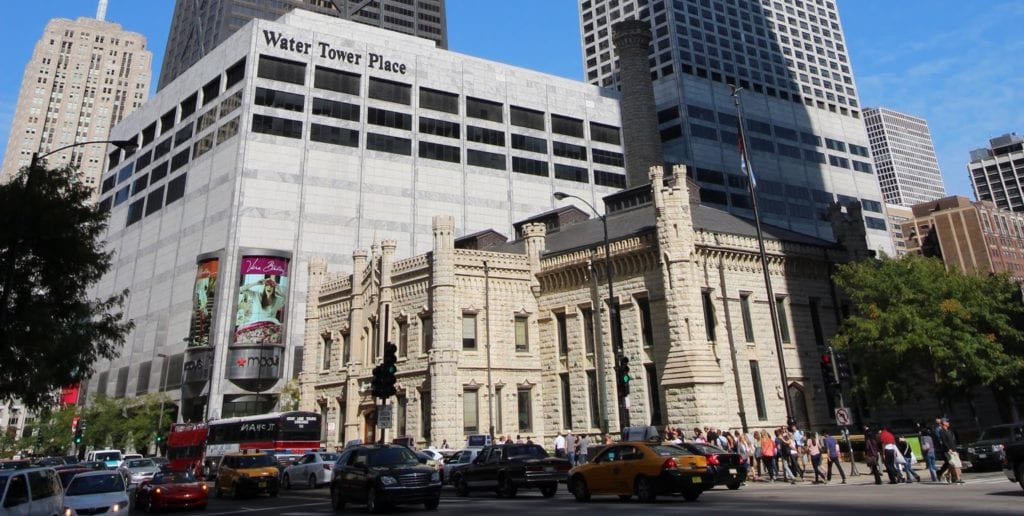 UPDATE 7:40PM — Alderman Brian Hopkins (2nd) announced via Twitter two minutes ago that “two more arrests have been made in [the Dec. 29th Chicago Red Line attack] case, as police continue to pursue solid leads for additional suspects. Outstanding work by Area Central detectives in this ongoing investigation.”
————
Chicago’s iconic Water Tower Place shopping mall this morning announced that it will require “adult supervision” for “youths 17 and under” after 4 p.m. on Fridays and Saturdays. Meanwhile, an alderman who represents much of the Magnificent Mile this morning announced at least one arrest has been made in last weekend’s violent mob attack at the Chicago-State Red Line station. Here’s the latest:

Ald. Brian Hopkins (2nd) this morning tweeted “an arrest has been made in the Dec 29 attack at the State/Chicago Red Line station…. Additional arrests in this matter are anticipated.”

The boy was seen “delivering multiple punches and kicks to [two] victims, as eight to ten other offenders also battered the victims,” police said in a statement. “One of the two victims sustained great bodily harm, suffering bone fractures, abrasions, and lacerations.”

The mall at 835 North Michigan has experienced a series of mob-related incidents over the past year. The “large groups” are shooed out of the mall, only to cause havoc in nearby parks, side streets, and subway stations.

Water Tower will require all persons age 17 and under to be accompanied by a parent or supervising adult after 4 p.m. on Fridays and Saturdays. The adult must be at least 21-years-old, the mall said today.

Beginning Jan. 4th, announcements will be made at 3 p.m. on the mall’s audio system to warn unattended teens of the 4 o’clock curfew. Security guards will be stationed at all mall entrances at 4 p.m. to check IDs of anyone who appears to be younger than 18. Those who pass the screenings will be given wristbands that identify them as being allowed inside without supervision.

The “curfew program” was a “difficult decision” that is designed to “eliminate disruptive behavior by unsupervised youth,” the mall’s senior general manager, Mitch Feldman, said.

Hopkins said he supported the mall’s decision: “We believe this will help benefit the entire community.”
—————–
Support CWBChicago’s reporting team with a monthly or annual subscription. Members-only perks await!