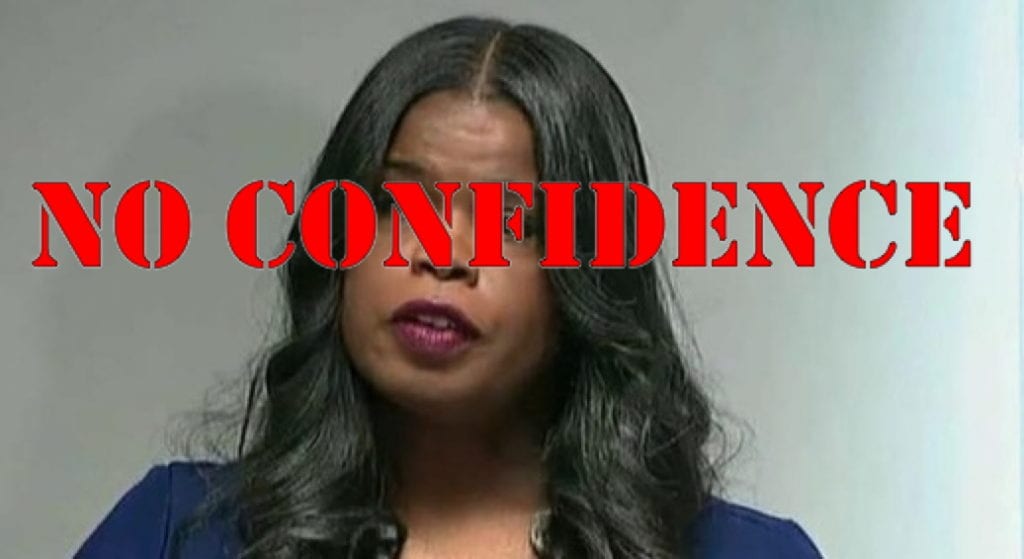 Stand by for more fallout from the Jussie Smollett case.

Police chiefs from suburban Cook County will gather in Chicago on Thursday afternoon to present a united front against Cook County State’s Attorney Kim Foxx and the way her office has handled the actor’s high-profile hate crime hoax, according to a source with knowledge of the planned meeting.

Fraternal Order of Police Lodge #7, which represents front-line beat officers in the city of Chicago, announced on Wednesday afternoon that it will hold a press conference “with police chiefs [from] throughout Cook County to make an announcement about” Foxx at 2:30 p.m. on Thursday.

Discussions of a possible “no confidence” vote against Foxx by suburban police began circulating nearly a week ago. A Chicago FOP spokesperson Wednesday denied that such a vote was the topic of Thursday’s press event.

Nonetheless, CWBChicago has learned that the North Suburban Association of Chiefs of Police sent a letter to Foxx stating that its members have “considered and passed a vote of no confidence in your performance of your duties as Cook County State’s Attorney.”

The letter cites Foxx’s handling of “felony review [and the] non-prosecution of certain low-level offenses” in addition to the Smollett case as being matters of concern.

Foxx’s refusal to enforce the state’s felony shoplifting law is singled out for criticism by the group.

Two other suburban chiefs of police organizations are also believed to have passed votes of no confidence in Foxx, but CWBChicago was unable to independently confirm those votes on Wednesday night.

“I saw…a very compelling case, with videotapes, witness statements, and other information that looked like he had staged a hoax,” Lightfoot said Wednesday morning. “And if that happens, he’s got to be held accountable.”

• • •
See all of CWBChicago’s Jussie Smollett coverage here.
—————–
Support CWBChicago’s reporting team with a monthly or annual subscription. Members-only perks await!
———-
Email      Facebook       Twitter       YouTube
About CWBChicago 4360 Articles
CWBChicago was created in 2013 by five residents of Wrigleyville and Boystown who had grown disheartened with inaccurate information that was being provided at local Community Policing (CAPS) meetings. Our coverage area has expanded since then to cover Lincoln Park, River North, The Loop, Uptown, and other North Side Areas. But our mission remains unchanged: To provide original public safety reporting with better context and greater detail than mainstream media outlets.
Website Facebook Twitter YouTube