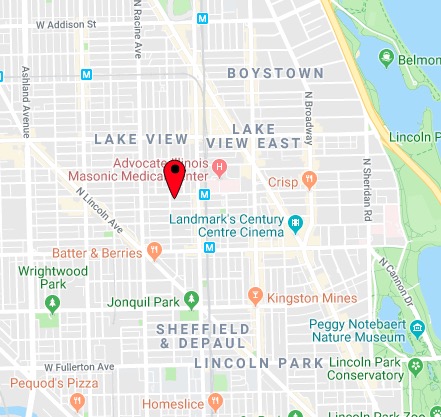 UPDATE: CWBChicago has learned that the victim was staying in Lakeview while attending Lollapalooza. She actually lives in the Milwaukee area. We have updated our story and headline accordingly.
———————
A Milwaukee woman was struck in the head, kicked, beaten, and robbed by a man who approached her as he walked in Lakeview early Friday morning, police said. No one is in custody.

The victim, 19, was walking to a friend’s house when a stranger approached her and started a conversation in the 1000 block of West Oakdale around 3 a.m., police said.

She said the man suddenly hit her in the head multiple times, causing her fall to the ground. While she was down, he continued to kick and beat her before stealing her phone and purse, the woman reported.

The offender is described as a skinny black male between 20- and 30-years-old who stands about 6’2” tall.

Police spoke with the woman after she sought treatment for her injuries at Advocate Illinois Masonic Medical Center.