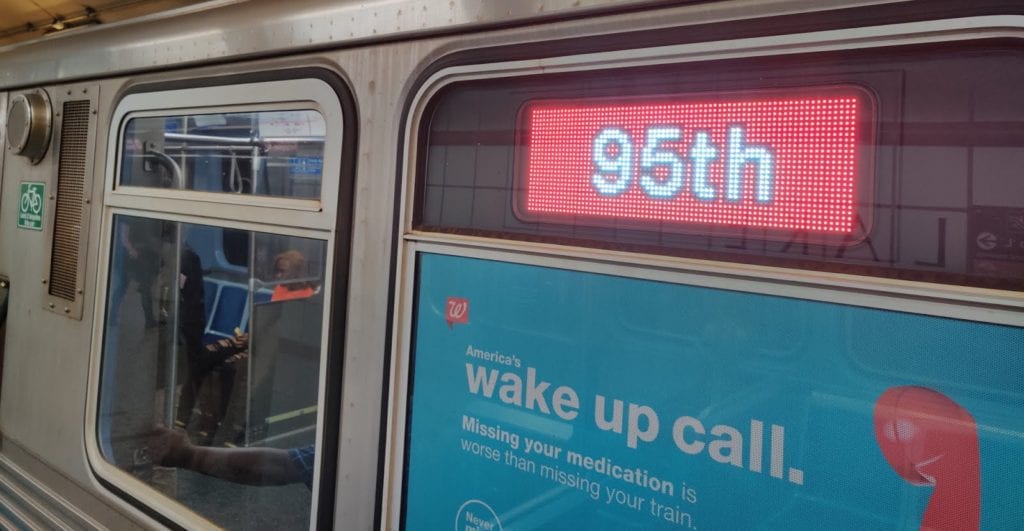 A recent Facebook post, shared more than 6,000 times, tells of a man who has allegedly touched many women inappropriately on CTA trains.

CWBChicago looked into the allegations. What we found is a classic example of what happens when a troubled person is shown the government’s revolving door. According to court records, the man has been suffering the effects of severe brain damage for years, a fact that may be contributing to his behavior.

But the same court records show something else: A long list of women who have pressed charges against the man for sexually-inappropriate behavior on the city’s train system.

“This is the guy that touched me inappropriately back in June and I had another incident with him just last week,” a woman said in a Facebook post. “A coworker has also had several run-ins with him and actually took this photo of him as he attempted again today.”

“It seems his mode of operating is to sit next to single women then creep his hand along your thigh as he stares boldly at you,” she wrote. “Can you all help me make this go viral or at least get the attention of news and press so that more people are aware of this guy?”

“His assaults are so sly that if we retaliated or defended ourselves, it would look unprovoked,” the post continued. “It’s up to others to be aware of this guy and to get the proper attention he clearly needs.”

Other women responded to the post with similar stories.

The man seen in the Facebook post is 54-year-old Cordell Standifer. There are over 120 criminal cases in his Cook County Court file, mostly for misdemeanors like battery and shoplifting.

In 2010, Judge James Obbish ordered Standifer to undergo a behavioral examination as part of a shoplifting case. Court records show that Standifer was found “not likely to be restored within the statutory period.” Obbish placed Standifer into the custody of Illinois’ Department of Human Services.

“Defendant is unfit due to brain damage. Will never be fit,” reads an August 2012 entry in the shoplifting case file. Standifer, records say, was civilly committed for treatment.

Judge Timothy Joyce ordered him to undergo in-patient treatment. Standifer was found not guilty of some pending charges. The rest were dropped by prosecutors as his treatment continued. As recently as February 2018, court records indicate that Standifer was “civilly committed” in downstate Union County.

By November, Standifer was back in Chicago. We know that because that’s when he was charged with battery and resisting arrest after a woman said he sat down next to her on the train and repeatedly pushed his hand under her thigh and buttocks. Standifer pleaded guilty in January and received a sentence of 60 days time served from Judge Donald Panarese.

On May 27, he was arrested at the Cermak Red Line station when a 39-year-old woman accused him of reaching under her dress and grabbing her leg. He would eventually plead guilty to battery on July 16 and be sentenced to one month of court supervision by Judge Martin Moltz.

Before that happened, though, he was arrested on July 2 at the Division Blue Line station. Prosecutors charged him with four counts of battery.

Each count represented allegations of a different woman:

• Another 31-year-old woman who said he touched her inappropriately on a train near the Cumberland Blue Line station.

None of the women showed up in court on July 22 and prosecutors dropped all four charges.

About two weeks later, Standifer—still on his month of court supervision—was arrested at the Wilson Red Line station. A woman who was wearing a skirt told police that he sat next to her and touched her knee inappropriately. The woman “felt uncomfortable and was very upset,” police reported. Prosecutors filed a misdemeanor battery charge.

Asked about Standifer’s history and his pending cases, the Cook County State’s Attorney’s Office said, “public safety is our top priority. We have a dedicated Sexual Assault and Domestic Violence Unit that takes a victim-centered and trauma-informed approach to violence against women. We also proactively engage with our law enforcement and community partners to address concerns and will continue to prioritize these efforts as we seek appropriate resolutions to ensure public safety.”

Standifer is due back in court on Wednesday.