Years of lenient prosecution decisions came back to haunt an assistant state’s attorney when she asked a Cook County judge to hold a man without bail after cops allegedly caught him with a pistol capable of generating automatic fire in River North on Friday morning.

When Brian Washington was convicted of robbery and felony-level traffic violations at the age of 14, a judge put him on probation until his 18th birthday.

Exactly two days after Washington turned 18, on November 13, 2016, someone carjacked a driver in Englewood. Police arrested Washington the next day as he allegedly drove the hijacked car. Prosecutors charged him with criminal trespass to a vehicle. They eventually struck a plea deal in which he received one year of probation for a traffic charge.

That didn’t go so well.

In March 2017, four months after he turned 18, Washington was charged with residential burglary. Prosecutors said he was one of four men who stole televisions, gaming systems, audio equipment, and computer equipment from the victim’s home. The home was one block from where the carjacking took place in November.

While that case was still pending, Washington got arrested again — for armed carjacking.

Prosecutors said he and another man confronted a woman after she scraped snow off her car. Washington went through the woman’s car looking for valuables while the accomplice pointed a gun at her, according to the allegations. The woman cowered with her head between the front seats as the men went about their business.

They eventually ordered her out of the vehicle, and the accomplice made her kneel in the snow at gunpoint. Washington and the other man then drove away with her car.

Prosecutors charged him with aggravated vehicular hijacking with a firearm and armed robbery with a firearm. But they pleaded all of that down to plain old robbery in a deal that resulted in Washington receiving three-year sentences for the burglary and the robbery.

Washington reported to Stateville Correctional Center on February 13 last year. The state applied its standard 50% sentence reduction for good behavior and then gave him credit for time spent in custody before he pleaded guilty. He went home from prison on the same day he arrived, records show.

Around 1 a.m. Friday, police on patrol in River North allegedly saw Washington, 22, drinking on the 100 block of West Kinzie. He clutched his waistband and ran when officers approached, prosecutors said.

As cops chased him, Washington grabbed a gun from his waist, tossed it into the air, and kept running, according to allegations made during a bond court hearing later in the day. Cops caught him. They walked back and found a 40-caliber handgun equipped with a switch allowing it to generate automatic gunfire, prosecutors said.

But Willis took a moment to unpack everything prosecutors just told him about Washington and his history.

For one thing, Willis said, prosecutors were claiming that Washington posed such a serious threat to the public that the court should hold him without bail. Yet prosecutors only charged Washington with a Class 3 felony for the River North gun violation. Class 3 is the state’s second-lowest felony category.

“There are no weapons convictions,” Willis noted before denying the state’s no-bail request.

Instead, Willis set bail at $50,000 and ordered Washington to go onto electronic monitoring. The judge separately held him without bail on an Illinois Department of Corrections warrant so authorities can review his parole status.

Washington’s next court date is October 20. 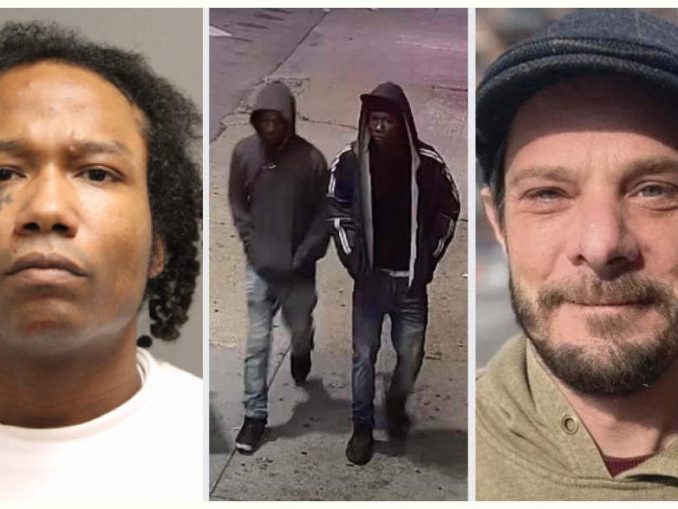