Security guards who protect Louis Farrakhan’s mansion in Hyde Park disarmed and detained a man who was being rude to trick-or-treaters outside the Nation of Islam leader’s home, according to prosecutors and a police report.

Javon Cooper, 29, is charged with felony aggravated unlawful use of a weapon, possession of a defaced firearm, and aggravated assault.

A little after 6 p.m. on Halloween night, two security guards assigned to patrol a private residence saw Cooper being “belligerent” and harassing trick-or-treaters on the 1200 block of East 49th Street, Assistant State’s Attorney Sergio Gomez said. Gomez did not mention Farrakhan by name, but the address he provided during Cooper’s bond hearing relates to the gated entrance of Farrakhan’s compound.

When the guards asked Cooper to leave the area, he pulled up his shirt to display a firearm’s handle in his waistband, Gomez said. Cooper allegedly began to grab the gun, but he didn’t get far.

Gomez said prosecutors expect to upgrade the charges against Cooper to Class X armed habitual criminal because he has two previous felony convictions.

Judge Charles Beach noted that the police report does not indicate that any children were threatened during the incident.

“I would certainly look at it slightly differently if he was menacing children,” Beach said before setting Cooper’s bail at $20,000.

In 2010, Farrakhan’s security officers got into “sort of a standoff” with President Barack Obama’s Secret Service detail after a reporter covering an Obama event nearby accidentally stepped on the grass outside Farrakhan’s mansion. 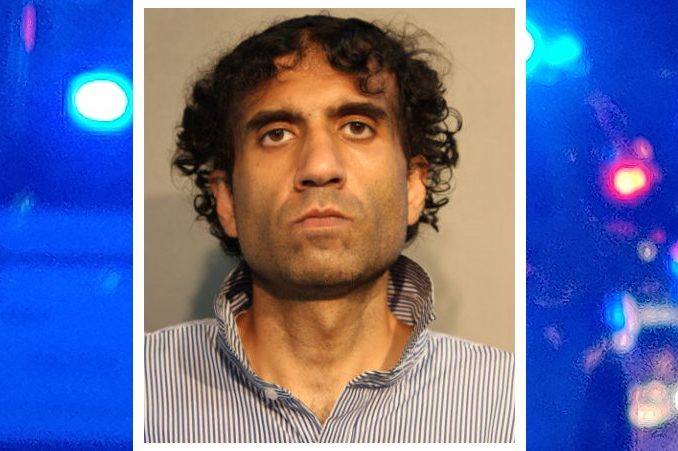