A 16-year-old and a 21-year-old who fatally shot a man inside a West Garfield Park laundromat last summer were both awaiting trials for felony charges at the time of the murder, according to court records. The juvenile was supposed to be on electronic monitoring. And, CWB has learned, the accused man, on bail for a gun charge, was convicted of murdering a 15-year-old as a juvenile.

Prosecutors announced charges against Toby Jones, now 17, and Keon Frazier, now 22, on Tuesday. They are the 69th and 70th persons charged with killing or shooting — or trying to shoot or kill — someone in Chicago last year while awaiting trial for a felony.

Jones and Frazier walked into the Spin Cycle laundromat at 4258 West Madison at 3:31 p.m. last August 9 and circled around the washing machines, Assistant State’s Attorney James Murphy said Tuesday during a bail hearing for Jones.

Police quickly closed in on Frazier as a suspect by linking the killers’ getaway car to him. He rented the car using his real name, date of birth, and address, Murphy said. The vehicle was also wanted in connection with a robbery in Rockford from four days before the murder, Murphy continued. Frazier lives in Rockford.

Jones was supposed to be on electronic monitoring for juvenile felony charges of possessing a stolen motor vehicle and aggravated battery of police. Murphy said Jones admitted to cutting off his ankle monitor.

The teen, who was questioned about the murder in the presence of his mother on Monday, denied ever being at the laundromat and he had no explanation for how his palm print ended up on the inside of its glass door, Murphy said.

A juvenile court adjudicated Jones delinquent for robbery in April 2019 and possessing a stolen motor vehicle in March 2021, according to Murphy.

Frazier is currently jailed in Rockford on $100,000 bail on armed robbery and gun charges, according to Winnebago County Sheriff records. Murphy said Tuesday that Frazier had already been charged in the laundromat murder. Cook County court records show that Frazier has been indicted and a warrant is issued in the case, but he has not been brought before a judge for a bail hearing.

In 2015, prosecutors charged Frazier with first-degree murder and armed robbery with discharge of a firearm for the murder of 15-year-old Kimon Wheeler. Frazier was also 15 at the time and he was accused of personally killing Wheeler.

A jury convicted Frazier of first-degree murder but acquitted him of robbery, according to appellate court records. He was sentenced to commitment in the Department of Juvenile Justice until his 21st birthday, the record shows.

Exactly six months after his 21st birthday, on April 18, 2021, Chicago cops allegedly saw Frazier grab his waistband and run away as were on patrol in North Lawndale. They saw him remove a gun and jump over fences, prosecutors said.

Police caught him and retraced his path. They found a loaded handgun with a laser sight along his route, prosecutors said. He is charged with felony unlawful use of a weapon.

During a bail hearing the next day, Frazier’s public defender said he was going to college to study criminal justice.

Judge Mary Marubio asked Frazier if he could afford a $500 bail bond. He could, so she said that would be the amount he’d need to get out.

“I’m gonna put you on pretrial monitoring,” Marubio told Frazier. “It’s the lowest level of checking in” with authorities while on bail, she told him.

Frazier was released from custody the same day and was under that “lowest level of checking in” bail condition when he allegedly killed Head at the laundromat.

Note: CPD said a 69-year-old man was also shot at the laundromat, but Jones and Head are not charged with injuring him.

The “not horrible” series

This report continues our coverage of individuals who have been charged with murder, attempted murder, and shooting firearms while on bond for a pending felony case. CWBChicago began our series of reports in November 2019 after Cook County Chief Judge Timothy Evans publicly stated, “we haven’t had any horrible incidents occur” under the court’s bond reform initiative.

The actual number of murders and shootings committed by people on felony bail is undoubtedly much higher than the numbers seen here. Since 2017, CPD has made arrests in less than 5% of non-fatal shootings and 33% of murders, according to the city’s data. You can support CWBChicago’s work by becoming a subscriber today. 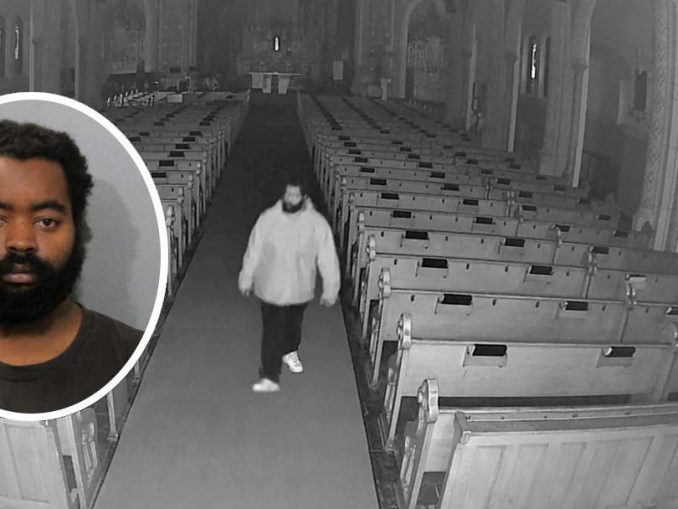