“This lawlessness has to be stopped!”

That’s the message from Ald. Brian Hopkins (2nd) after an armed robber viciously shot and gravely wounded a man during a hold-up in Lincoln Park this morning. A surveillance captured the ambush attack on stomach-turning video with heartbreaking sound.

“No neighborhood is immune to this criminal behavior,” Hopkins told constituents in an email. “I have discussed the immediate need for additional tactical teams and patrols in the Lincoln Park area with the Chicago Police Department.”

CWBChicago reported that the shooting came amid a two-night wave of robberies across Lincoln Park and Lakeview that involved at least eight victims.

As of midday Friday, the victim had undergone two surgeries. His condition, according to two sources, was tenuous. On Friday evening, he was identified in a GoFundMe campaign as 23-year-old Dakotah Earley.

“I’d ask that you please keep him in your thoughts throughout the day,” said Hopkins.

In another development, police believe they have located gunman’s getaway car, a source said. It had been reported stolen.

“I was on-site this morning talking with neighbors who shared their eyewitness accounts. Residents have been extraordinarily helpful in providing their surveillance video to the lead detectives,” Hopkins wrote. “One observant neighbor even discovered some additional evidence and immediately brought it to the attention of investigators.”

That evidence was a bag that the victim was carrying, containing chips and a drink, a source said.

“I am very proud of our Lincoln Park neighbors who come together at times like this. This assistance has been a great help with the initial phases of the investigation, and helps with tracking the offenders vehicle as they moved in and out of the neighborhood,” the alderman continued.

“If you have any video footage that can help, please contact my office at Ward02@cityofchicago.org or the 18th District at CAPS.018District@chicagopolice.org” 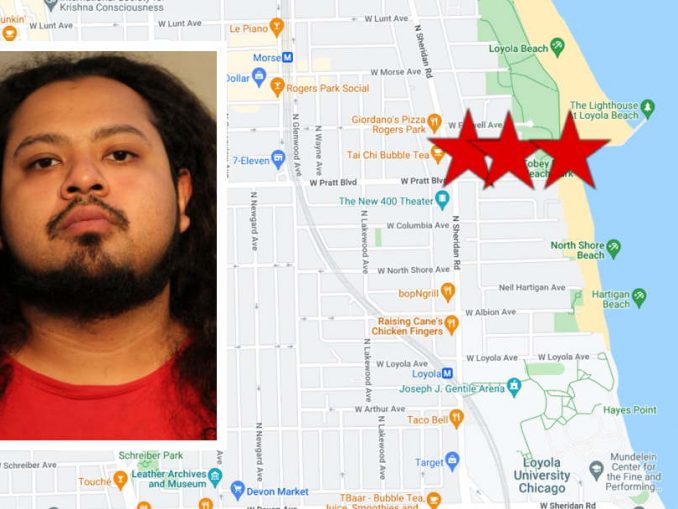 A store clerk asked him to stop peeing in the alley. Instead, he robbed the guy and then robbed 3 more people before cops caught him, prosecutors say.

Millennium Park killer accidentally dropped his gun in front of cops while running from the scene, prosecutors say 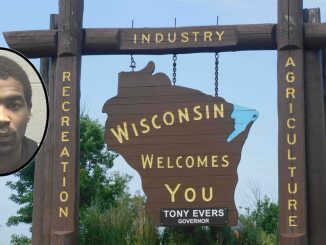 4-time felon went to Wisconsin while on electronic monitoring, got arrested there, too: prosecutors