A Chicago man has been sentenced to three years in prison for battering an off-duty cop and biting a nipple off of the officer’s friend during a road rage incident on Lake Shore Drive last summer.

Kyle Clark, 36, pleaded guilty on September 29 to aggravated battery of a peace officer and aggravated unlawful use of a weapon, according to court records. Judge Lawrence Flood handed down concurrent sentences of three years for each count, with 405 days of credit for Clark’s time in custody while the case was pending. Much of that credit was earned on electronic monitoring.

Prosecutors said the off-duty cop and the other victim, both 38-year-old men, were driving north on Lake Shore Drive around 11:40 p.m. on August 8, 2021, when a black Volkswagen Jetta sideswiped them near Jackson Street.

The men pulled up next to the Jetta and ordered Clark to pull over so they could file a crash report, and the off-duty cop identified himself as a Chicago police officer, prosecutors said during Clark’s initial bail hearing.

Clark and the cop both got out of their cars, and Clark punched the cop twice in the face, according to prosecutors. When the other victim tried to help the off-duty cop, Clark bit the man’s nipple and tore it completely off, prosecutors alleged.

On-duty officers arrived and took Clark into custody. The victim who allegedly lost his nipple was taken to a nearby hospital to have the wound closed with stitches.

The sentence came as part of a plea deal with prosecutors who agreed to drop two aggravated battery and two gun counts.

Clark’s parole date has not been set, but the three-year sentence will be cut in half by the state’s standard good behavior discount. He should expect to be released after about 140 days with time-served credits.

Prosecutors said he has been convicted of aggravated battery of peace officers three other times—once in 2006 and twice in 2012. 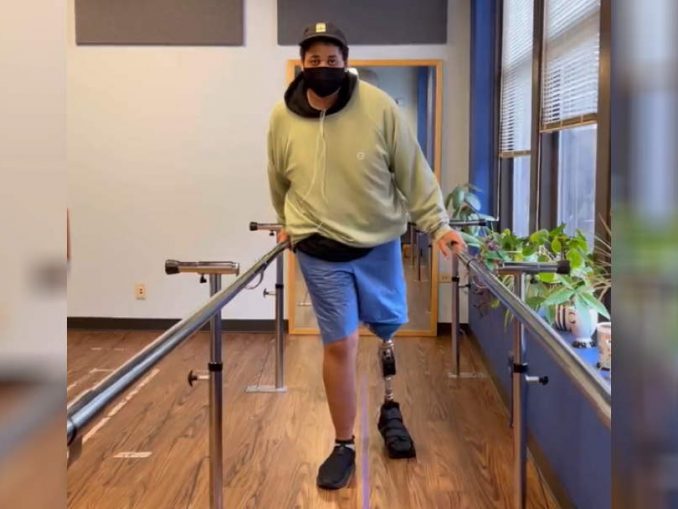