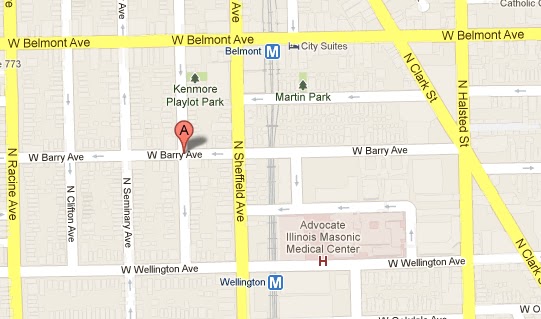 Five occupants of a vehicle were arrested on as-yet unknown charges southwest of the Belmont L station. One suspect, described as a white Hispanic man, fled southbound in the alley behind N. Kenmore from W. Barry Avenue. He was apprehended in the garage at 3020 N. Seminary.

Also apprehended on foot was a black male suspect, 5’8″ wearing a dark sweatshirt.

The exact nature of the primary incident is not yet known, however, one of the five arrestees will also be facing a misdemeanor marijuana possession charge.

CIB will update when the city releases report data.