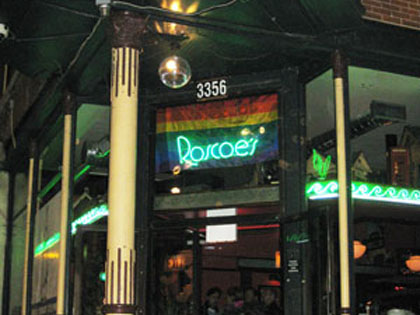 REPORT: 19th District police report that a pickpocket/theft team known to work Boystown and Wrigleyville bars struck the Halsted strip last Saturday night and made off with proceeds from at least five victims.

Roscoe’s Tavern was hit the hardest as three of its customers were victimized by the team between 1:00 AM and 2:00AM Sunday morning. Two of the cases were outright pocket-picking, with at least one victim being targeted on the dance floor, insiders tell us. The third instance involved the theft of unwatched valuables. Around 2:30 AM, after the three cases were filed by police, a Roscoe’s employee called 911 to report a “known pickpocket,” described as male, black, around 6’2″ tall who was loitering outside of the bar’s entrance. No arrest was made.

Another bar patron was victimized during the same hour at Big City Tap, near the intersection of Belmont and Sheffield.

And a patron of Hydrate nightclub, 3458 N. Halsted, reported their property stolen shortly after 3:00 AM Sunday morning.

The Chicago Police case numbers are: