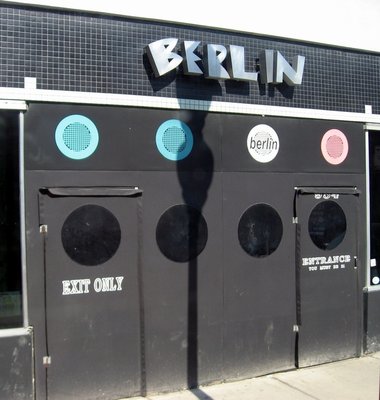 REPORT: Callers reported a huge fight in the street outside of Berlin, 954 West Belmont, in which a white male wearing a dark shirt and white jeans was swinging a pole at the nightclub’s bouncer.

RESOLUTION: A female officer was injured in the melee and transported to Illinois Masonic Hospital for treatment. The pole pounder was arrested and should know better than to be wearing white jeans at this time of year.

UPDATE 1 MAY 2013 9:54AM: The offender has been charged with aggravated battery to a police officer resulting in serious injury. Chicago Police Department case#HW240148.