We were inspired by a recent online posting that detailed the increase in Wrigleyville and Boystown robbery cases over the past 13 years.

Our lone Excel whiz cracked open his spreadsheets and did a bunch of filter stuff with $ signs, semi-colons and all that jazz. When he was done, we checked his work. His findings are pretty incredible.

Citywide incidents dropped a bit more than 19% between 2008 and 2012. Wrigleyville and Boystown robberies increased nearly 33% during the same time period, from 158 cases to 210.

Here are our whiz’s not so pretty pictures and, for the detail oriented, his raw data and methodology. 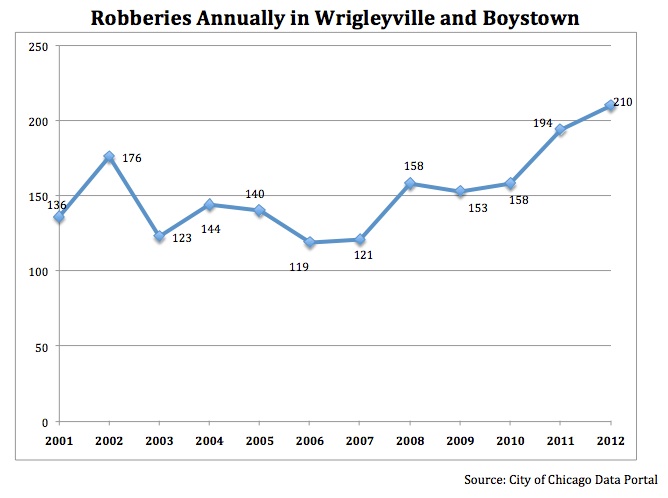 Raw Data
The raw data used to compile this report is available on our Google Docs page.

We extracted all robberies from the above data.

We filtered the robbery data, reducing it to incidents that occurred in the Wrigleyville and Boystown areas, as defined by the red dotted lines in the map below.