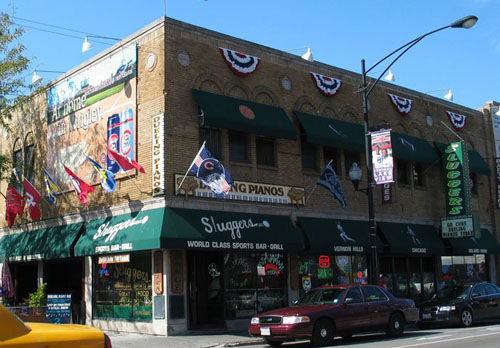 A man was robbed of his wallet behind Slugger’s Bar, 3540 N. Clark Street. The victim said a short-haired male, black, about 5’10” tall, 160 pounds, wearing a white T-shirt strong-armed him and fled.