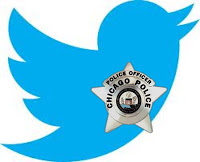 The CWB crew truly appreciates the emails and comments we’ve received from so many of our readers. Thank you for being a part of this project and for sharing your opinions and points of view. Even if you don’t like our sense of humor sometimes. We’re okay with hearing that. From our inbox:

I absolutely love your blog.  I just stumbled on it after the craziness after the Hawks won…Thanks and keep up the great work keeping the community informed when no one else does!!

Welcome! We are thrilled to have you and all of the readers who found us through our Blackhawks photo post. Stay safe.

I am the poster who describes himself as a tourist, and have been visiting Lakeview East every summer and several autumns since 2000… I have made these postings about Ann Sather’s, Stella’s, and Edwardo’s today and the last few days. I am coming Labor Day weekend, but will have to stay in Andersonville and Lincoln Park…If there is anything I can do as a non-constituent, please let me know.

You’re doing a ton already. Thank you for getting involved! These were fun, vibrant neighborhoods at night until a few years ago and most of the people who live here actually enjoyed the electric feeling that nighttime brought to the area. That vibrancy faded quickly as street violence increased.

[Chicago Police Superintendent Garry] McCarthy also talked about new technology that will allow the department’s community-policing program to share information about beat meetings and crime alerts with residents on Twitter.

[…] In another initiative, residents unable to attend police community meetings will be able to participate online, the department said.

Splendid. Soon, we’ll be able to have Tom Tunney tell us that we are “just one person” in the comfort of our own homes.

Watching the technology press conference was like watching an 8-year-old spend all weekend trying to build a real, live rocketship out of scrap lumber. While it was cute, that thing’s not going anywhere.