Social media and tenacious Chicago cops who refused to give up on seemingly questionable 911 calls are credited with rescuing a woman who was sexually assaulted in an apartment near Clark and Diversey this morning. Police took her assailant into custody. 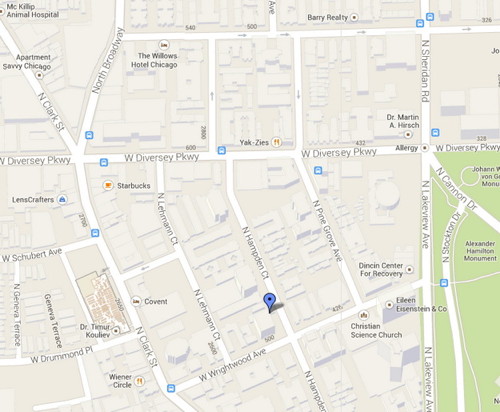 The first call to Chicago emergency personnel came around 4:00AM from a man in Seattle who said the victim sent a Tweet in which she gave her address and said that a man robbed her of her phone. Officers arrived at the Hampden Court apartment building, but could not find the woman’s name on the directory. Dispatchers called the man in Seattle and learned that he did not know the woman personally and that he was just passing along what he saw on Twitter.

Moments later, a series of 911 calls were received from the woman’s Facebook friends who reported that she had posted a worrisome status update about a dispute with a man, which at least one caller said was the victim’s boyfriend. The Facebook friends were able to give police the woman’s correct name as well as the apartment number where she could be found.

Officers on-scene “woke up half of the building” in an effort to get buzzed in.

Once inside the apartment, police discovered that the woman had been sexually assaulted by a man who may have taken her phone in an effort to keep the woman from calling for help.

But the level-headed, brave victim found another way to get the word out: She used a computer to post cries for help in a Tweet and a Facebook status!

Detectives from the Chicago Police Department’s Violent Crimes unit are now at the apartment which sits on a quiet, tree-lined side street. The woman was treated at Illinois Masonic Medical Center.