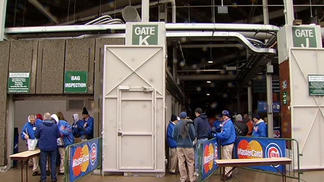 3:43AM: Security at Wrigley Field detained a man after he tried to enter the stadium. The man apparently believed that he was the first person to think of doing that. He was not. Police took the man into custody at Gate K at 4:12AM