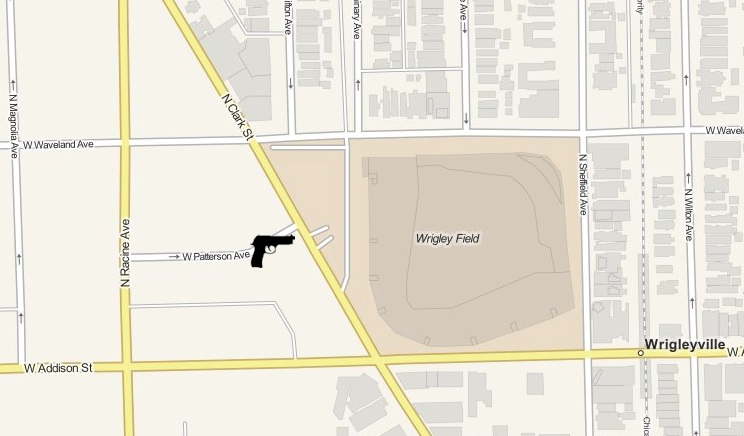 A robbery victim walked into the 19th district police station around 12:25 this morning to report that he had been robbed at gunpoint 20 minutes earlier on Patterson Street across from Wrigley Field.

The man, who lost a whopping $700 in the hold-up, seemed to be familiar with the offender, whom he described as male, Hispanic, 5’8″ tall, 170 pounds, wearing a red hat, black durag, red shirt, and black basketball pants. The victim went on to say that the gunman has chipped front teeth and goes by the name “Shorty.”

“Shorty” was last seen running westbound through the alley behind Patterson carrying a chrome handgun.