Two more Boystown-area residents have reported burglaries to their homes, bringing the number of incidents reported since Friday to six. The break-in locations are generally located on side streets along Broadway between Belmont and Grace. 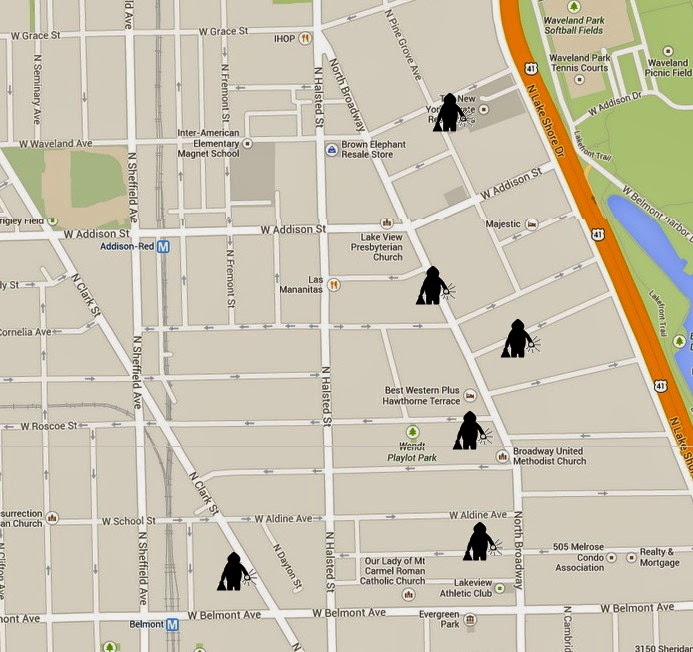 The two new incidents are:

• The 600 block of Roscoe. Reported at 8:27PM last night, this is the only case in which an alleged offender did not use force to enter the targeted residence. CPD record HX188805.

• The 600 block of Grace. Reported at 3:05AM today, this incident is believed to have occurred sometime on Friday or Saturday. Forcible entry was used. CPD case HX188921.

CWB previously reported on four break-ins that were discovered Friday and early Saturday:

——————
Keep up with CWB on Facebook and Twitter.
About CWBChicago 4360 Articles
CWBChicago was created in 2013 by five residents of Wrigleyville and Boystown who had grown disheartened with inaccurate information that was being provided at local Community Policing (CAPS) meetings. Our coverage area has expanded since then to cover Lincoln Park, River North, The Loop, Uptown, and other North Side Areas. But our mission remains unchanged: To provide original public safety reporting with better context and greater detail than mainstream media outlets.
Website Facebook Twitter YouTube