The Broadway Youth Center, which serves LGBT youth from a church near Broadway and Wellington, has suspended “drop-in services” for the rest of this week after a fight broke out among its clients inside the church Monday afternoon. 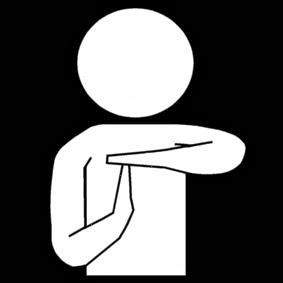 Police first responded to a battery in progress call around 2:50PM, but the caller did not give an exact address for them to respond to. Instead, officers searched around the 500 block of Diversey, near the cell tower that transmitted the call. They found nothing.

Moments later, a call came in reporting two people fighting with “people standing by watching” on the first floor of Wellington Avenue United Church of Christ, 615 W. Wellington. Officers arrived and a sergeant reported “maybe some arguments” but no fighting underway.

Michelle Wetzel, general counsel of BYC’s parent organization, tells us that the fight participants were gone when police arrived.

DNAInfo Chicago reports this morning that Wetzel told a neighborhood meeting last night that the center would suspend drop-in services for the rest of the week.

“There are consequences we want the young people to see when things like that happen,” Wetzel said.

Nobody was hurt aside from minor scratches, [BYC director Imani] Rupert said. Staff will still be working during the day for additional training on crisis intervention and to remind any youth who show up “that this is a consequences of actions,” Wetzel and Rupert said.

BYC will continue to offer its other services, including HIV testing and housing referrals, while the drop-in services take a chill.

It is good to see BYC holding its clients responsible for their actions, a marked change from the center’s approach to violence under previous management.