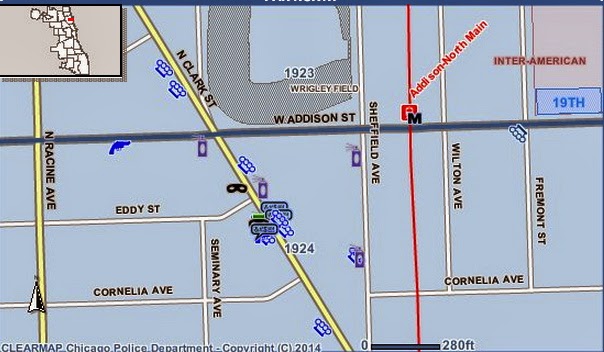 Now, there’s a map of the fun.

This pretty picture comes from the Chicago Police Department’s CLEARMap page.  It shows all police reports filed along the Wrigleyville stretch of Clark Street last Saturday and into the early hours of Sunday.

The icons represent reports of crimes. It gets a little crowded down there on Clark south of Eddy, so we’ll break down the 28 officially-recorded incidents: