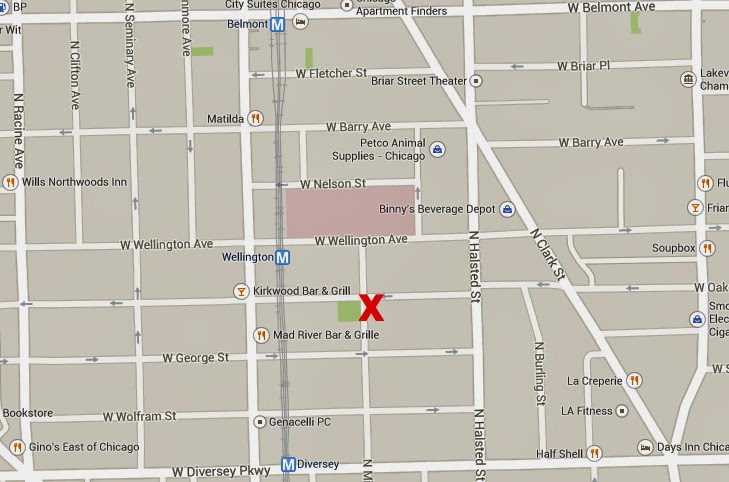 A Lakeview man and three companions were robbed near Illinois Masonic Medical Center just after midnight this morning by a man who implied he had a handgun. No one is in custody.

Officers met the victims at a nearby home and issued a description of the armed robber: male, black, at least 25 years old, 6-feet tall, 180 pounds with a dark complexion, and slight goatee. He wore a black sweat jacket with the hood up as well as dark jeans.

The gunman was last seen westbound on Wellington from Mildred. CPD case number is HX179997.

Twenty minutes after the four men were held up, a witness reported a woman screaming for help near an alley at Barry and Racine, about a half-mile west of the robbery scene. Officers searched the area, but could not find the woman who was heard screaming.