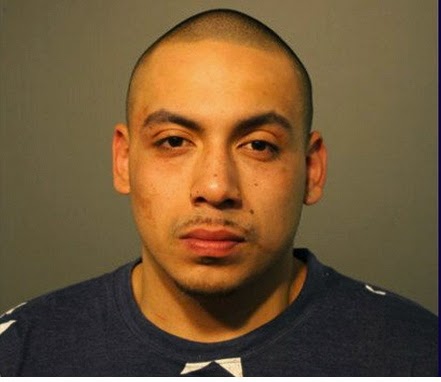 The good folks at RedEye have tracked down the lucky recipient of this weekend’s police tazing at John Barleycorn in Wrigleyville.

Irish-themed holiday buff John Acosta, 21, has been charged with aggravated battery to a police officer and resisting arrest. According to RedEye:

Acosta was brought to the Cook County Criminal Courthouse on Monday afternoon and released on a $30,000 I-bond with electronic home monitoring required.

Electronic monitoring? Hasn’t this man suffered enough at the hands of government-supplied electronics?

——————-
Keep up with CWB on Facebook and Twitter.
About CWBChicago 4363 Articles
CWBChicago was created in 2013 by five residents of Wrigleyville and Boystown who had grown disheartened with inaccurate information that was being provided at local Community Policing (CAPS) meetings. Our coverage area has expanded since then to cover Lincoln Park, River North, The Loop, Uptown, and other North Side Areas. But our mission remains unchanged: To provide original public safety reporting with better context and greater detail than mainstream media outlets.
Website Facebook Twitter YouTube