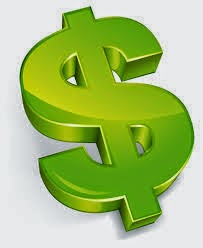 One man was robbed at a Wrigleyville ATM and two other men had very bad Wrigley area experiences after sharing rides with apparent strangers overnight.

Around 1:35 this morning, an offender came up behind a man at an ATM near Addison and Racine. The robber pushed an object into the victim’s back and demanded money.

The offender—described as a thin male, black, 6’1″ tall wearing a gray sweatshirt—fled after receiving $120 and the victim’s debit card. He was last seen running westbound on Waveland from Magnolia.

Taken For A Ride

A North Center man reported that he was robbed at Clark and Aldine by two women who were sharing a cab with him. According to the victim, the women beat and robbed him of his wallet as he tried to get out of a green and yellow taxi around 4:45 this morning. The women, described only as Hispanic, were last seen heading north in the cab.

The classified as a strong-arm robbery in CPD case number HX202848.

Taken For A Ride II

911 received another call from a man who had a disappointing experience with women and transportation around 5:30AM. The victim, who called from near Seminary and Waveland, stated that two women who offered him “a ride and sex” wound up taking his ID and credit cards instead.

The victim later told dispatchers that he would file a police report over the phone.

He will likely be even more disappointed to learn that those two “women” probably….weren’t.

—————
Keep up with CWB on Facebook and Twitter.
About CWBChicago 4363 Articles
CWBChicago was created in 2013 by five residents of Wrigleyville and Boystown who had grown disheartened with inaccurate information that was being provided at local Community Policing (CAPS) meetings. Our coverage area has expanded since then to cover Lincoln Park, River North, The Loop, Uptown, and other North Side Areas. But our mission remains unchanged: To provide original public safety reporting with better context and greater detail than mainstream media outlets.
Website Facebook Twitter YouTube