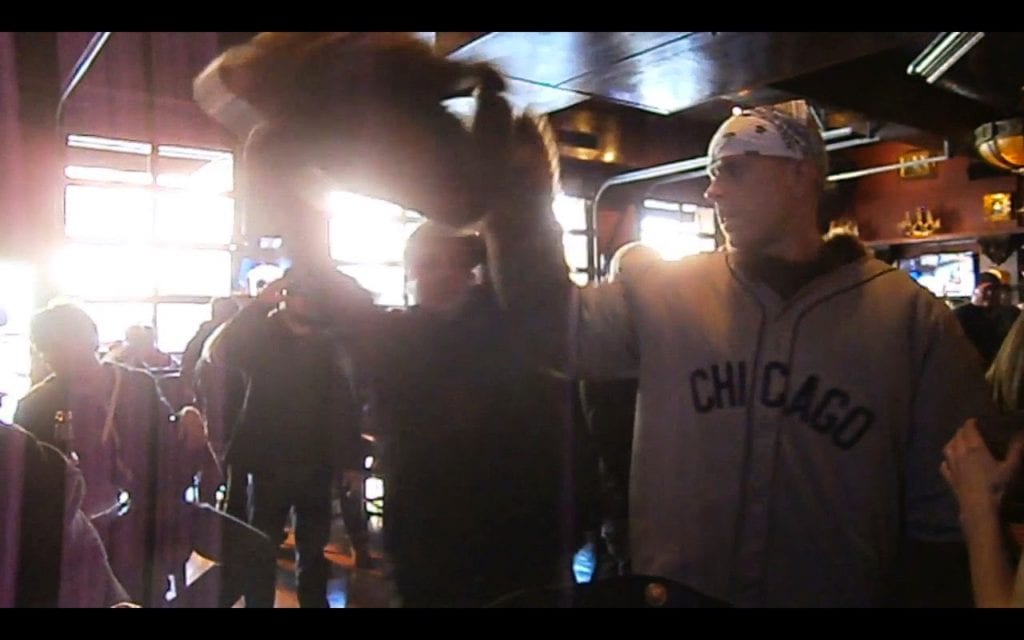 Now that is one very displeased bear.

A video posted to YouTube late Saturday night appears to show a not-ready-for-Disneyland baseball mascot punching a bar-goer who removed the mascot’s head inside of a Wrigleyville bar.

Background details in the video appear similar to the interior of John Barleycorn in Wrigleyville.

The distinctly unofficial mascot in the video bears a striking resemblance to Billy Cub, a renegade mascot who is not well-liked by the Cubs organization.

The YouTube post does not indicate when the video was taken, nor is there any indication of what may have transpired before the video begins.

———-
Keep up with CWB on Facebook and Twitter.
About CWBChicago 4363 Articles
CWBChicago was created in 2013 by five residents of Wrigleyville and Boystown who had grown disheartened with inaccurate information that was being provided at local Community Policing (CAPS) meetings. Our coverage area has expanded since then to cover Lincoln Park, River North, The Loop, Uptown, and other North Side Areas. But our mission remains unchanged: To provide original public safety reporting with better context and greater detail than mainstream media outlets.
Website Facebook Twitter YouTube