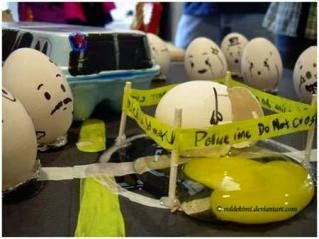 Some notes and less serious items from the weekend:

A couple of forcible entry burglaries in LSD/Sheridan highrises. Rather unusual.

• 2900 block of Racine, a burglary through the rear basement door while the homeowner was upstairs around 10:30PM Friday. The offender escaped.

Police were called to Halsted and Waveland at 12:08PM Friday after a woman complained that a motorist took her off her bike and threw her to the ground because she “got smart” with him for almost hitting people. One arrest for battery in CPD case HX228166.

Party of The Year

A massive party with 200 to 250 revelers kept the 3700 block of Fremont hoppin’ late Friday and early Saturday.

The first 911 call came in around 11:45PM, reporting that a woman was in the alley trying to disperse 200 party-goers, but “they won’t listen to her.” Officers arrived and called for additional units to handle “250 people walking around and acting like idiots” at Fremont and Waveland.

A couple of hours later, the party had re-assembled in the alley behind the 3700 Fremont. It was dispersed. Then, at 2:50AM, multiple 911 callers reported seven men beating up a lone combatant in the 3700 block of Fremont. Officers arrived to find “30 to 40” people scrambling away. The man who got beat up refused EMS services.

Sunday, 12:26AM – A CTA bus at Lake Shore Drive and Stratford reports that someone threw an object and shattered a window. Criminal damage to vehicle report taken.

Offender Description of the Week

Dispatcher: If you can believe it on this Sunday morning…There’s prostitution, 5XX West Aldine. Female. Black. Prostitute. Green sweat pants, gray t-shirt, and a bad wig that needs to be removed.”

We think the prostitute needed to be removed, not the wig. Although…

———-
Email us.  Facebook us. Twitter us.
Image: Backyard Chickens
About CWBChicago 4360 Articles
CWBChicago was created in 2013 by five residents of Wrigleyville and Boystown who had grown disheartened with inaccurate information that was being provided at local Community Policing (CAPS) meetings. Our coverage area has expanded since then to cover Lincoln Park, River North, The Loop, Uptown, and other North Side Areas. But our mission remains unchanged: To provide original public safety reporting with better context and greater detail than mainstream media outlets.
Website Facebook Twitter YouTube